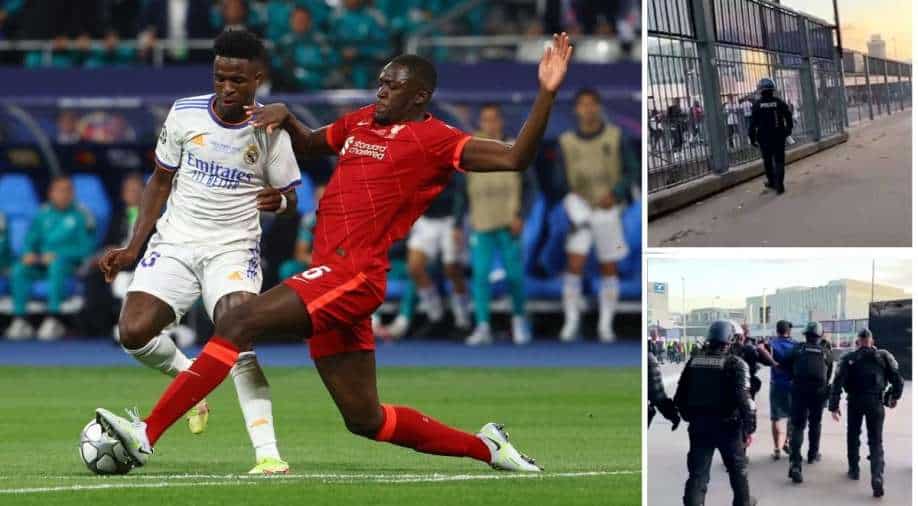 Liverpool manager Jurgen Klopp said the families of his squad and staff were caught up in the chaotic scenes outside the Stade de France. Liverpool called for a "formal investigation" into the security failings

Real Madrid defeated Liverpool 1-0 in the UEFA Champions League final in Paris on Saturday (May 28) to secure a record-extending 14th European Cup. The match was however delayed for more than half an hour with pretty crazy scenes unfolding outside the Stade de France. Scores of fans travelled to the French capital to watch the pulsating final clash between Real Madrid and Liverpool, but it got delayed because of a security problem, as per the organisers. The match kicked off 36 minutes late as police were trying to hold off fans, who were apparently forcing their way into the stadium.

As the world was waiting for the finale to start, a stadium announcement said the 2100 local time (1900GMT) kick-off was being delayed for security reasons. It added later that the start of European club soccer's showpiece had been postponed "due to the late arrival of fans."

The videos that were captured outside the stadium showed riot police chasing fans as they ran away. Some of the fans were apparently being sprayed with pepper spray and others were being escorted away, Reuters reported.

Ofc it's the liverpool fans
Give madrid the ucl @ChampionsLeaguepic.twitter.com/QB5ceqmmsi

UEFA's statement read: "In the lead-up to the game, the turnstiles at the Liverpool end became blocked by thousands of fans who had purchased fake tickets which did not work in the turnstiles. This created a build-up of fans trying to get in. As a result, the kick off was delayed by 35 minutes to allow as many fans as possible with genuine tickets to gain access."

Liverpool manager Jurgen Klopp said the families of his squad and staff were caught up in the chaotic scenes outside the Stade de France. He said, "I couldn't speak to my family yet, but I know the families had a real struggle to get into the stadium. I heard a few things that were not good, not nice. Obviously, it was pretty tricky out there but I don't know more about it."

In a statement, Liverpool called for a "formal investigation" into the security failings. "This is the greatest match in European football and supporters should not have to experience the scenes we have witnessed tonight," added the club's statement.