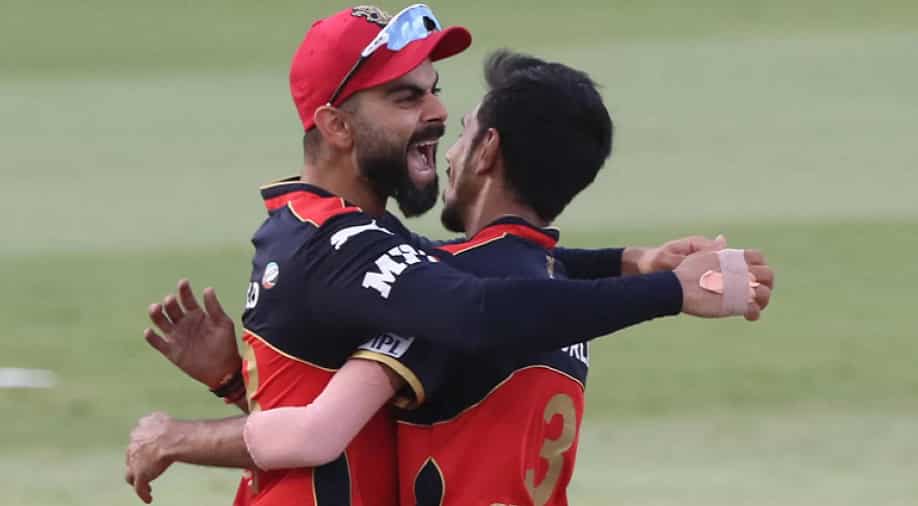 Table-toppers Delhi Capitals will be up against Royal Challengers Bangalore in the final league game of IPL 2021 season. Here is our prediction for the RCB vs DC clash today.

Royal Challengers Bangalore (RCB) will be up against table-toppers Delhi Capitals (DC) in match no. 56 of the ongoing IPL 2021 on Friday (October 08). The match will be played at the Dubai International Stadium in Dubai and will mark the end of the league stages of the tournament. Both DC and RCB have already qualified for the playoffs this season and will be aiming to finish on a high.

Royal Challengers Bangalore will be looking to bounce back to winning ways against Delhi Capitals after suffering a close 4-run defeat at the hands of Sunrisers Hyderabad (SRH) in their previous game. RCB missed out on a chance to finish in the top two with the defeat.

Delhi Capitals will be heading into the clash on a confident note after defeating second-placed Chennai Super Kings by three wickets in their last outing. With the win, Rishabh Pant & Co. confirmed their spot on the top of the table and are all set to get two chances to make it to the final of IPL 2021. While DC are currently placed on the top of the table with 20 points from 13 matches, RCB are third with 16 points from as many games.

The result of the match will not have a major impact on the standings as RCB are unlikely to topple CSK from the second spot due to MS Dhoni & Co.'s superior net run rate of +0.455. So even a win for RCB would keep them at the third spot and see them take on the 4th placed side in the Eliminator.

The last meeting between the two sides ended in RCB's favour with Kohli's men pulling off a thrilling one-run win at the Narendra Modi Stadium in Ahmedabad. RCB had successfully defended a total of 171 runs to win the game by just a run. They will be looking to make it two wins in a row against the Pant-led side this season when they lock horns on Friday.

RCB vs DC, IPL 2021 today match prediction: RCB and Delhi Capitals have met in a total of 25 matches in IPL with RCB managing 15 wins compared to DC's ten. Virat Kohli & Co. enjoy an edge over the Pant-led side when it comes to the head to head record but considering DC's red-hot form this season, they are favourites to win the game tonight at the Dubai International Stadium in Dubai.