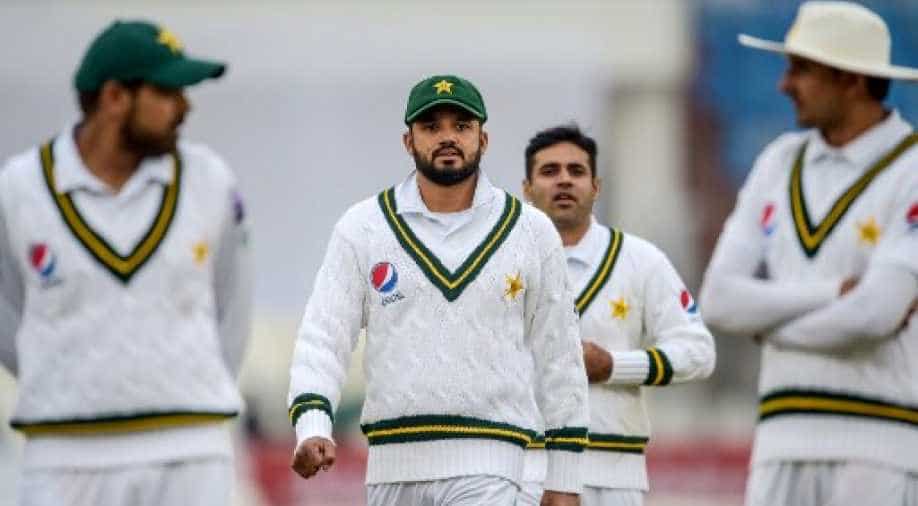 The visitors had battled their way to 202 for 5 on an already truncated day 1, however, only 16.2 more overs of play was possible today.

A combination of rain and bad light played spoilsport on the second day of the historic Rawalpindi Test between Pakistan and Sri Lanka on Thursday.

The visitors had battled their way to 202 for 5 on an already truncated day 1, however, only 16.2 more overs of play was possible today.

Dhananjaya de Silva reached his sixth Test fifty and added 20 runs to the team score with his overnight partner Niroshan Dickwella until the first rain interruption that washed out the entire second session.

Play resumed at 1:45pm local time and De Silva and Dickwella's partnership swelled to 67 runs but Shaheen Shah Afridi provided the breakthrough by having Dickwella caught at gully for 33.

De Silva though had taken his tally to 72 and was at the crease with Dilruwan Perera (85.3) when bad light forced the players off again at 2:30pm and play was abandoned for the day an hour later.

At the close Sri Lanka were 263-6 with Dhananjaya de Silva unbeaten on 72 and Dilruwan Perera not out on two.

The Rawalpindi Test is taking place in Pakistan for the first time after Lahore terror strike in 2009 which led to Pakistan's isolation as countries refused to tour, however, with the current Test interest has once again generated in the country, but fans were left frustrated as showers on the first day, then downpour on Thursday led to large-scale disruption disappointing those gathered to watch the day's play.

The second Test starts in Karachi from December 19.