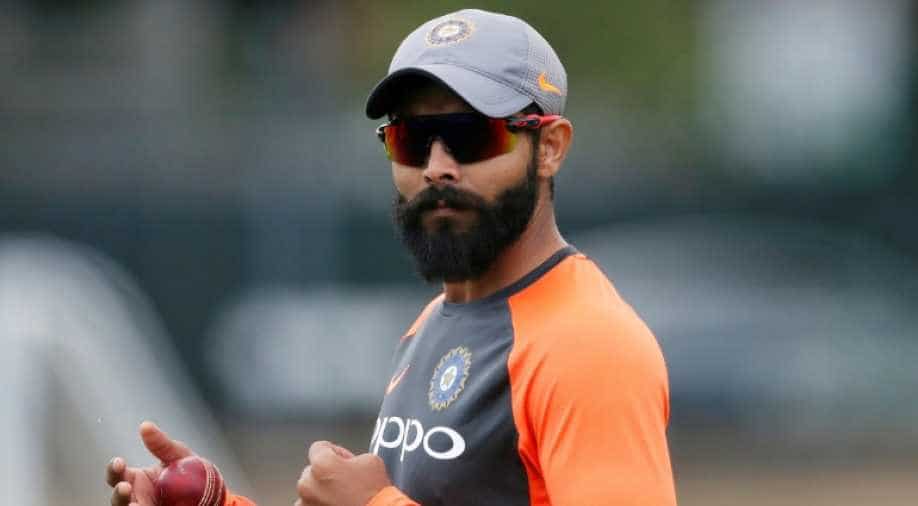 Earlier, Manjrekar and Jadeja were involved in a spat where the former had to apologise for his comment.

India all-rounder Ravindra Jadeja on Monday took a dig at Sanjay Manjrekar regarding his tweet that the "Player of the match should have been a bowler'', and asked Manjrekar to name the bowler.

"What is the name of that bowler?? Pls pls mention," Jadeja asked.

What is the name of that bowler?? Pls pls mention 🤪

Jadeja, indirectly, claimed that he was the one who should have been awarded Player of the Match. He was the most economical Indian bowler. He took two wickets for eighteen runs in his four overs that helped restrict the Kiwis to 132/5 in twenty overs.

India chased down the total easily with 15 balls to spare. KL Rahul made an unbeaten 57 while Shreyas Iyer scored 44 runs. Rahul was named the Player of the Match as

Earlier, Manjrekar and Jadeja were involved in a spat where the former had to apologise for his comment.

During the 2019 World Cup, Manjrekar had said that he is not a big fan of bits and pieces players like Jadeja.

The statement did not go well with the all-rounder and in a tweet, Jadeja said he had played twice the number of matches played by Manjrekar.

Still i have played twice the number of matches you have played and i m still playing. Learn to respect ppl who have achieved.i have heard enough of your verbal diarrhoea.@sanjaymanjrekar

India will next take on New Zealand in the third T20I at Seddon Park in Hamilton January 29.