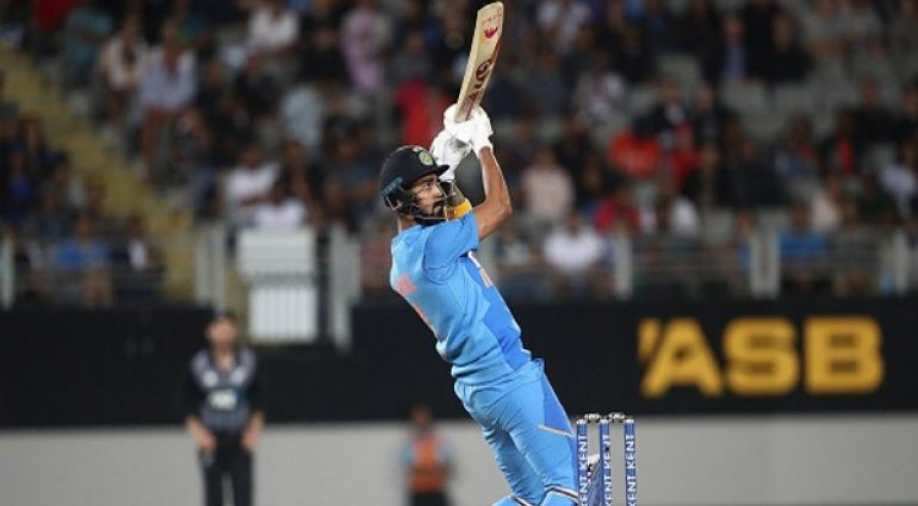 Chasing 133, India got off to a bad start as the side lost its opener Rohit Sharma (8) in the first over of the innings

KL Rahul and Shreyas Iyer played knocks of 57 and 44 respectively as India defeated New Zealand by seven wickets in the second T20I of the five-match series on Sunday here at the Eden Park.

With this win, India has gained a 2-0 lead in the five-match T20I series.

Chasing 133, India got off to a bad start as the side lost its opener Rohit Sharma (8) in the first over of the innings.

KL Rahul and Virat Kohli then put on a 31-run stand, but Tim Southee provided the key breakthrough of Kohli (11) in the sixth over, reducing India to 39/2.
Rahul and Shreyas Iyer then retrieved the innings for the side as the duo put on a stand of 86 runs, but with just eight runs required, Ish Sodhi dismissed Iyer (44) in the 17th over.

In the end, Rahul and Shivam Dube took the team over the line by seven wickets and with 15 balls to spare.

Opting to bat first, Kiwis got off to a steady start as openers Martin Guptill and Colin Munro were able to put on 48 runs for the first wicket, but India managed to get the breakthrough of Guptill (33) on the final ball of the sixth over.

Yuzvendra Chahal and Shivam Dube were then able to maintain a tight hold over the Kiwi batsmen, and this leads to Munro (26) giving his wicket away in the ninth over. Big-hitter Colin de Grandhomme (3) failed to leave a mark, as Ravindra Jadeja sent him back to the pavilion, reducing Kiwis to 74/3 in the 11th over.

In the 13th over, Jadeja got the key breakthrough of Kane Williamson (14) and Kiwis were staring down the barrel at 81/4.