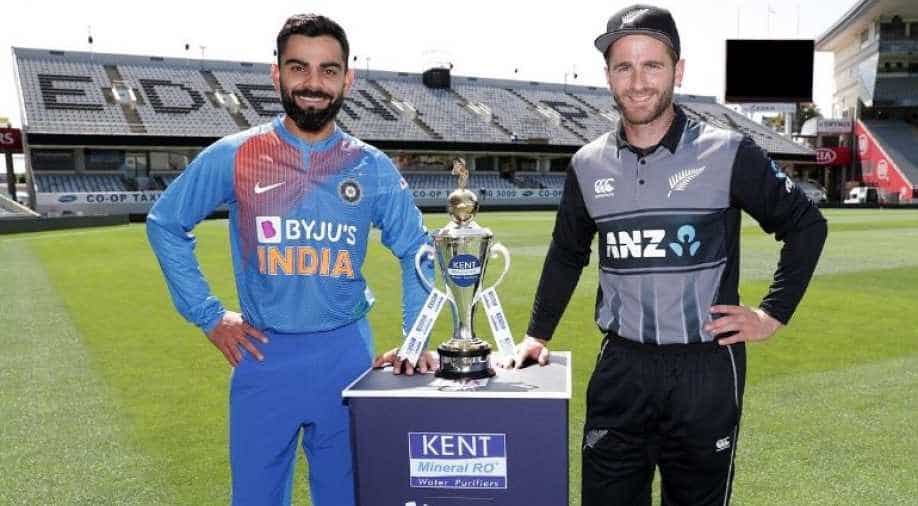 This is the longest series for the Indians of the shortest format.

Virat Kohli and his co while eye a series win, to boost their morale for the T20 World Cup later this year.

Men in Blue will have a challenge against the Kiwis after being hit by injuries. Shikhar Dhawan ruled out in T20s and ODIs, and Ishant Sharma not being available for the tests landed a major blow to the Indian team before the series started.

Sanju Samson and Prithvi Shaw will be replacing the prolific Indian opener (Dhawan) in T20Is and ODIs respectively. Hardik Pandya failed the fitness test and could not make it to the squad.

Kane Williamson, on the other hand, has to bounce back after being clean swept in the previous home Test series against Australia (0-3). He called it a 'humbling experience'.

The rare 5-match T20I series will help both the teams prepare for the upcoming T20 World Cup. India and New Zealand have faced each other in 11 encounters in the T20Is. India won 3 whereas New Zealand won 8.

India and New Zealand currently rank at No 5 and No 6 respectively in T20I rankings.

Virat Kohli will eye surpassing MS Dhoni in the list of highest run-scorers as a skipper.

He currently ranks fourth in the list of highest run-scorers as a T20I captain.

Virat Kohli needs to score 242 runs to surpass Faf du Plessis and become the highest run-scorer as a T20I captain.

Climate will be clear at the Eden Park, Auckland, with no chances of showers to spoil the game.

New Zealand's Hamish Bennett might step in to fill the shoes for injured Trent Boult, whereas wicket-keeper Tim Seifert will fit in the middle order. Kiwis might pick one of the two spinners and pacer all-rounders.

For India KL Rahul is expected to don the gloves and open for India, this doesn't rule out chances for Rishabh Pant or Sanju Samson to play as an 'extra' batsman in the team. Ravindra Jadeja might be preferred over Washington Sundar, but no speculations can be made as the call will be made according to the ground coordinates.