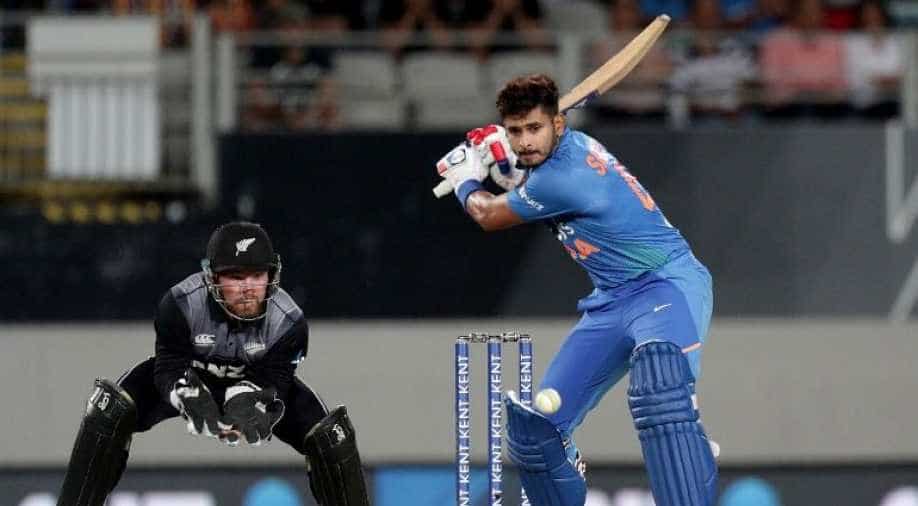 New Zealand's woes continue India beat the kiwis by six wickets with an over to spare.

The first T20I between India and New Zealand was a high scoring thriller with Shreyas Iyer powering the Men in Blue to victory against the Black Caps.

Team India beat the Kiwis easily by six wickets with an over to spare.

The toss was won by India and they chose to bowl first. New Zealand was off to a good start with the help of explosive opening pair putting 80 runs in just 47 balls. Martin Guptill was caught out by Rohit Sharma on the boundary line dismissed by Shivam Dube.

Strong start for India in pursuit of 204. The visitors are 115/2 after 10, Santner and Sodhi with a wicket each.

Colin Munro's good form against the Indian bowlers continued as the 32-year-old scored 59 runs in 42 balls. Kane Williamson's 51 runs (26 balls) and Ross Taylor's 54 runs in 27 balls gave the Kiwis a much needed to push to take the hosts over the 200-run mark, New Zealand eventually scored 203 runs in their 20 overs.

The match-winner for India was Shreyas Iyer with 58 runs off 29 balls. He smashed 3 sixes and five fours in his innings to help India to victory. Iyer was declared the man of the match.

Mitchell Santner was the most expensive New Zealand bowler. Ish Sodhi took the most wickets (2) for the losing side.