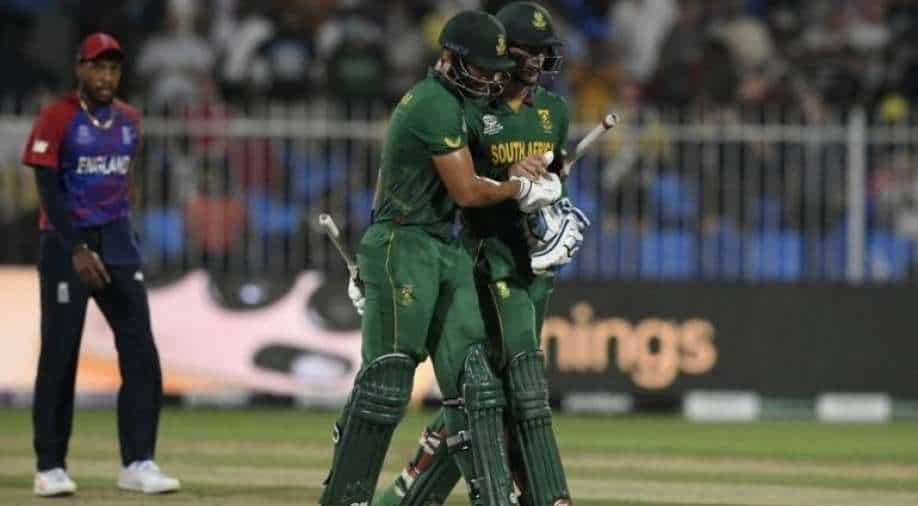 Rassie van der Dussen scored a quickfire knock of 94 off 60 balls which helped South Africa set a target of 190 for England.

South Africa defeated England by 10 runs in their final Super 12 Group 1 match but still missed out on qualifying for the semifinals of the ICC T20 World Cup due to net-run-rate calculations, here on Saturday.

Sent into bat, Rassie van der Dussen struck an unbeaten 94 off 60 balls, while Aiden Markram made 52 not out off 25 deliveries to guide South Africa to the commanding 189 for two.

South Africa then needed to restrict England to 131 to seal their semifinal spot ahead of Australia but failed as the Eoin Morgan-led side finished at 179 for eight.