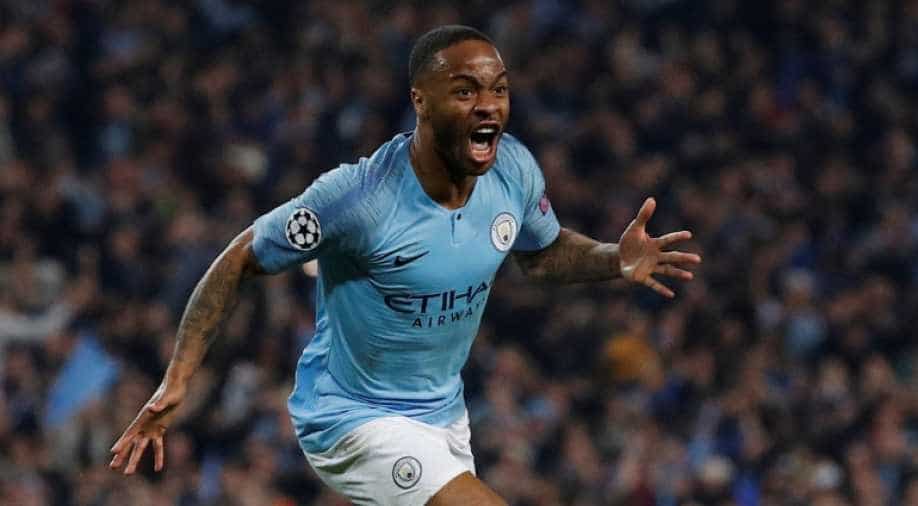 The FWA said Sterling collected 62 per cent of the vote of more than 400 members of the organisation which brings together journalists and others in the football media.

Manchester City forward Raheem Sterling was voted Footballer of the Year in the annual vote of members of the Football Writers' Association, announced on Monday.

City forward Sterling has been a key member of the City team which is two wins away from defending their Premier League title and has also been a prominent voice in the campaigns against racism in the game.

Nikita Parris won the FWA's Women's Footballer of the Year award -- like Sterling, the 25-year-old plays for Manchester City and England.

The FWA said Sterling collected 62 per cent of the vote of more than 400 members of the organisation which brings together journalists and others in the football media.

Sterling had 100 votes more than Liverpool's Dutch defender Virgil Van Dijk, who on Sunday was named the Professional Footballers' Association (PFA) Player of the Year.

FWA chair Carrie Brown pointed out that the criteria for the award is for a player who by "precept and example" is considered Footballer of the Year.

"To have been voted the 2019 Footballer of the Year by our members, and with such an overwhelming majority, clearly acknowledges the contribution from a player over one season," said Brown.

"But it also recognises the huge impact of Raheem's courage to challenge preconceptions and fight racism, which will leave a legacy not just for future generations in football but society as a whole."

Parris won by a narrow margin from Arsenal and Netherlands striker Vivianne Miedema who was named PFA Women's Player of the Year.