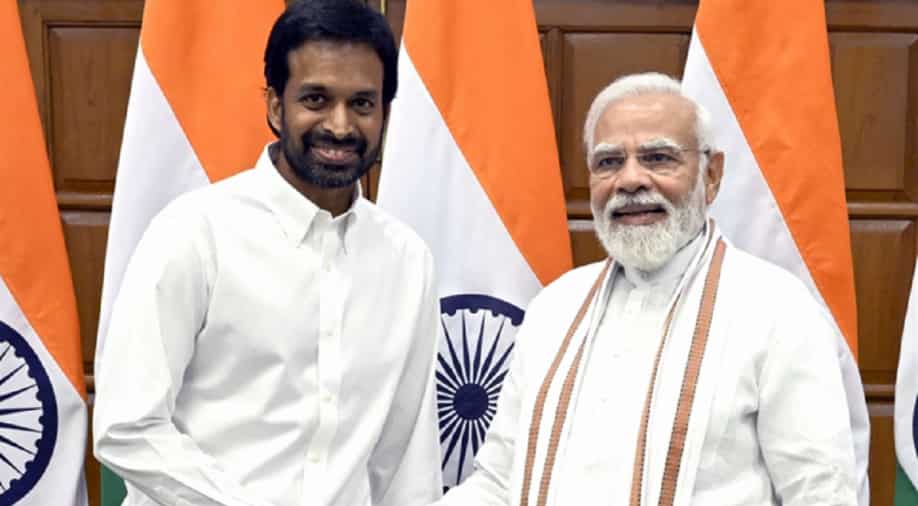 India badminton coach Pullela Gopichand lauded Prime Minister Narendra Modi for interacting with the Indian contingents for the Thomas and Uber Cup on Sunday. The Indian team scripted history on May 15 by winning the first-ever Thomas Cup crown since its inception in 1949.

"For the last eight years, I have seen PM Modi interacting with the players and he had been consistent with his words. Irrespective of whether players win a medal or not, PM Modi always encourages them by directly connecting with them. He follows the players and the sport," said Gopichand in a media interaction.

"I`ve been a player and won medals but have never been called by my Prime Minister to congratulate, so it is something they will really cherish and will forever remember. great morality boost to come here and meet him personally, and it was a great experience for us. I am proud to be here as a part of the team," said Mathias Boe.

The Indian team, featuring Lakshya Sen, Kidambi Srikanth, HS Prannoy, doubles pair Satwiksairaj Rankireddy-Chirag Shetty and others, have given a good account of themselves at this year`s tournament.