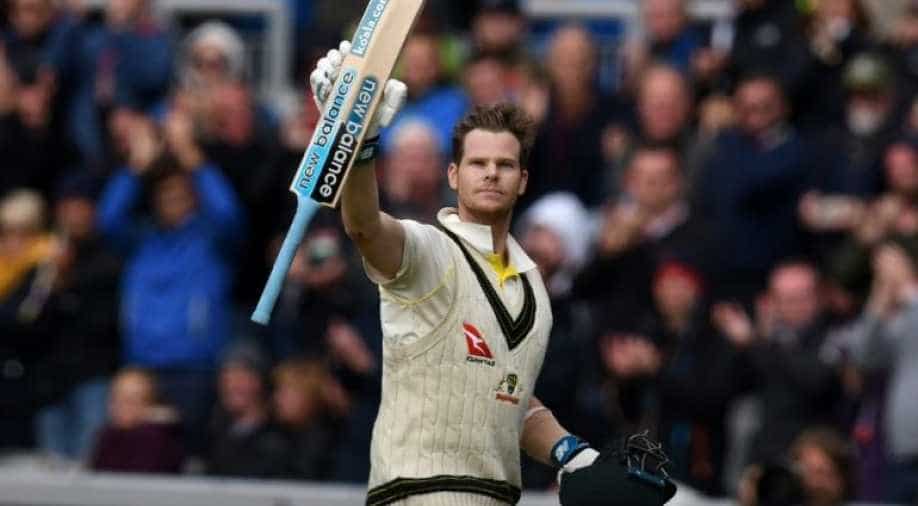 Steve Smith is regarded as the best "problem solver" in cricket today by Australia coach Justin Langer, himself a former Test batsman.

Smith, who played match-winning knocks during the ongoing Ashes series, has been a vital cog for the team. The five-match series has been tied 1-1 so far and the fourth Test match in Manchester is underway.

Smith, who is on course to enjoy one of the most productive series by any batsman in Test history, hit a splendid double century which was the centrepiece of Australia's 497/8 declared on the second day of the fourth Test.

It was his third century in four innings this series following scores of 144 and 142 in the opener at Edgbaston — Smith's first Test since completing a 12-month ball-tampering ban.

Smith's 211 at Old Trafford has put the team in a good command as Aussies look to retain the urn.

During the presser after the end of the second day, Smith was asked if this series feels different following a year ban.

"They were incredibly satisfying in my first game back. Since then I've just felt, yeah I'm just playing the game. I'm trying to represent Australia to the best of my ability and my job's to score runs," he added.

"Fortunately this series I've been able to do that and help the team and get them into a good position," Smith added.

Australia have declared on 497/8 after some late hitting from Nathan Lyon and Mitchell Starc!

England's new-look opening pair of Rory Burns and Joe Denly will face a tricky 40-minute spell tonight. Can they survive to the close?

"To think how good Bradman must have been -- to be a third again better than what Steve Smith's doing at the moment -- is ridiculous," Ponting told Cricket Australia's website (cricket.com.au).

"(Smith's) got four, five, six years of good cricket ahead of him, which if you add it up, that's probably another 80, 90 test matches.

"Then he's played 150 games and could have all sorts of numbers and records by then and let's hope he does, because the way he's going about it now, the way he's playing, he deserves to get the rewards from that."