Prepared for everything, Barcelona has players who can make difference: Bayern Munich boss Nagelsmann 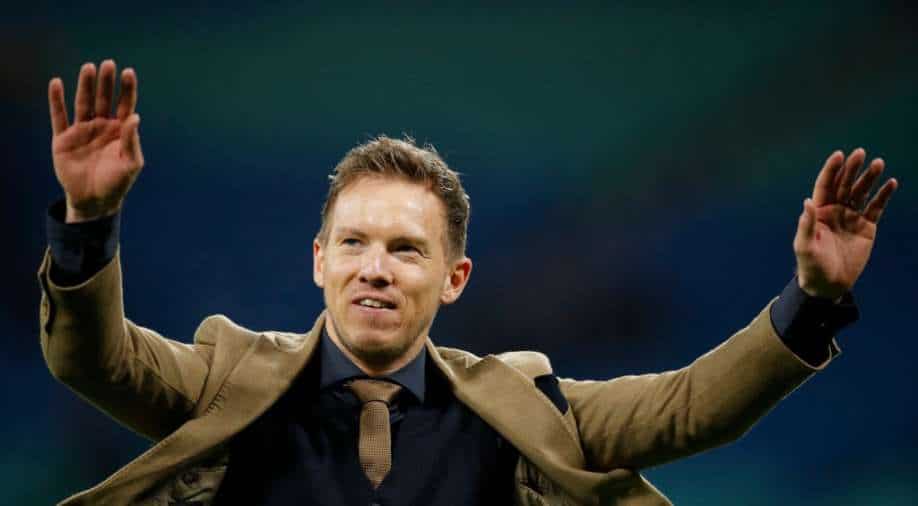 Bayern Munich and Barcelona will kick off their campaigns in a Group E encounter at Camp Nou.

Bayern Munich coach Julian Nagelsmann has warned his side to not take it easy against Barcelona in the upcoming Champions League group stage fixture.

Bayern Munich and Barcelona will kick off their campaigns in a Group E encounter at Camp Nou.

Barcelona is entering the Champions League for the first time without the presence of Lionel Messi for the very first time in over a decade-and-a-half.

"They`ve no longer got someone as extravagant as Messi, but they have other players who can make a difference. We are prepared for everything," Goal.com quoted Nagelsmann as saying.

"I`m not of the opinion that they are a lot worse off now. Whether we are favourites or not favourites is always more of a media topic. Two world clubs are meeting. On the one hand, the form on the day will decide, but on the other hand, there is motivation - and that one will be extremely high with us," he added.

Bayern Munich is placed alongside Barcelona, Benfica and Dynamo Kyiv in Group E of the Champions League.

Barcelona and Bayern Munich will lock horns against each other later today.