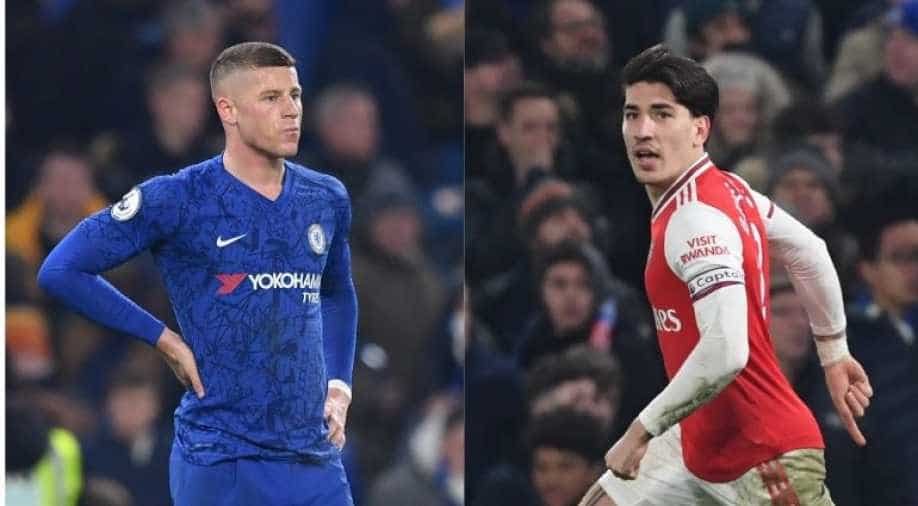 After the English Derby, Chelsea are fourth on the Premier League table, whereas Arsenal are on the 10th.

Arsenal drew with Chelsea after a dramatic end to the match at Stamford Bridge. It was anyone's game till the last whistle blew. Chelsea failed to capitalize after the Gunners lost their star defender David Luiz in the 26th minute. Jorginho's penalty just added salt to their wounds. He gave blues a lead in the 28th minute.

Chelsea maintained the lead until Gabriel Martinelli equalized the score for the visitors. Chelsea Captain César Azpilicueta helped Chelsea edge forward in the 84th minute. Just when Chelsea fans were sure that the win is certain, Bellerin's header shattered their dreams and costing Chelsea their two crucial points.

Both rookie managers were on their feet till the very last moment of the match. Hector Bellerin led his team from the front, as his last-minute header helped the team secure the point.

Always happy to score against these lot... But what truely made me happy, was everyone fighting for their lives on that pitch. Big well done to the team tonight #COYG pic.twitter.com/cYEt19HwUP

After the draw Hector Bellerin expressed his happiness on how his team coped despite an early disadvantage, he said: "When someone gets sent off you all need to make sure you make up for him. Everyone defended with a lot of heart today, I am happy because it feels like more than a point,".

Chelsea boss Frank Lampard was furious after the second equalizer came. He called it a 'soft goal'

Frank Lampard describes Arsenal's second equaliser as a soft goal to concede, and says that it was again a case of his side needing to make more of the chances we create.#CHEARS

After the English Derby, Chelsea are fourth on the Premier League table, whereas Arsenal are on the 10th.

Chelsea will be facing Hull City for the FA Cup's fourth round on Saturday.

Arsenal are set to visit Bournemouth for FA Cup.