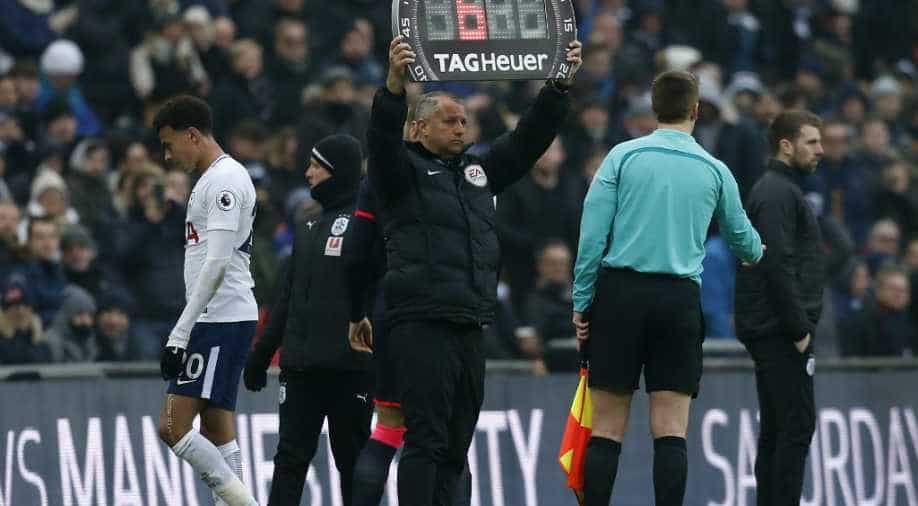 Premier League clubs have voted against carrying over the five substitution rule for the 2020-21 season after the rule was introduced after the restart to safeguard players from injuries.

Premier League clubs have voted against carrying over the five substitution rule for the 2020-21 season after the rule was introduced after the restart to safeguard players from injuries. Following the resumption of 2019-20 season in the wake of COVID-19 pandemic, clubs were allowed to name as many as nine substitutes with allowance for five changes in the match.

While some clubs wanted the new rule to be retained but the Premier League confirmed they were voted down at the annuan general meeting, held virtually on Thursday.

“At the Premier League’s annual general meeting today, shareholders agreed to rules relating to VAR and substitute players for the 2020-21 season,” the statement read.

“Shareholders unanimously approved the implementation of VAR, in line with the full FIFA VAR protocol.

“Clubs also agreed to revert back to using up to three substitute players per match, with a maximum of seven substitutes on the bench.”

The VAR changes come as FIFA looks to have a unified approach to the implementation moving forward after controversy across several Premier League matches during the 2019-20 season and the new protocols were agreed upon in majority.

The changes in VAR protocols will see referees use the pitch-side review area more often with the Premier League now using VAR to spot goalkeeper movement during penalties whereas the assistant referees have been told to keep their flag down for marginal offside calls until the attacking move was completed.

Meanwhile, there are calls by some clubs such as Chelsea and Wolves to given them an extended period of rest ahead of Premier League 2019-20 season. Clubs who would be advancing to the latter stages of Champions League and Europa League will be handed a prolonged rest period before they can start their season.