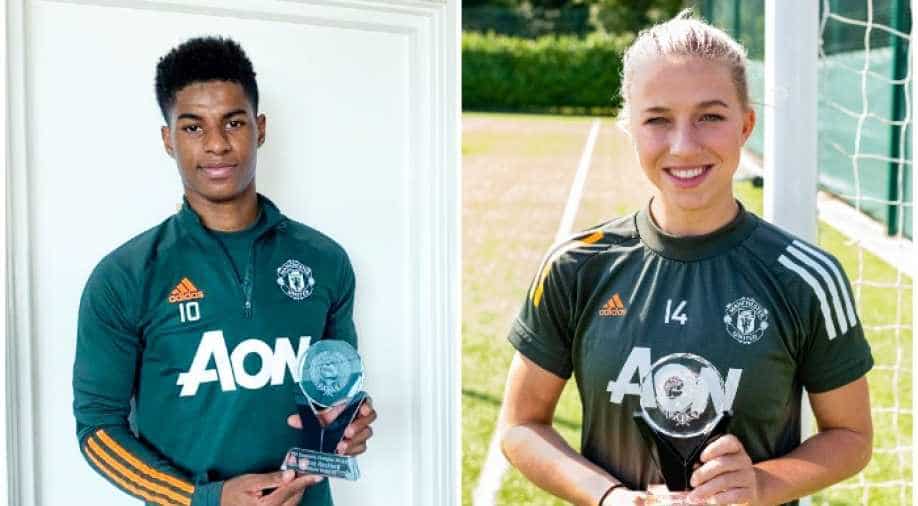 Rashford has earned widespread plaudits after the British government surrendered to pressure from the Manchester United forward’s campaign to ensure school food vouchers would be made available to struggling families in England during the holidays.

The award recognises their inspiring work with the Foundation and in the community 👏🤩#MUFC #MUWomen #CommunityChampion pic.twitter.com/xyFtgHEp5A

The 22-year-old remembered the times when the food vouchers would help his family when he was young, through the Fareshare UK charity, as he helped raise around 20 million pounds ($26.31 million) to supply meals to struggling families during COVID-19 pandemic.

ALSO READ: Bale did not want to play against Man City, says Zidane

“I’m thrilled to have won the PFA Community Champion award in what has been a very important season for me, both on and off the pitch,” said Rashford, who also received an honorary doctorate from the University of Manchester for his campaign.

“Building on those childhood experiences is a big reason why I’ve been so passionate about the campaign this year to try and tackle child poverty.”

“It’s an honour to win this award in my first year at Manchester United,” the 25-year-old midfielder said.

“As players, it’s so important to give back and to be a good role model for young people. I’m just really happy I could be involved and do my bit to help inspire the next generation.”