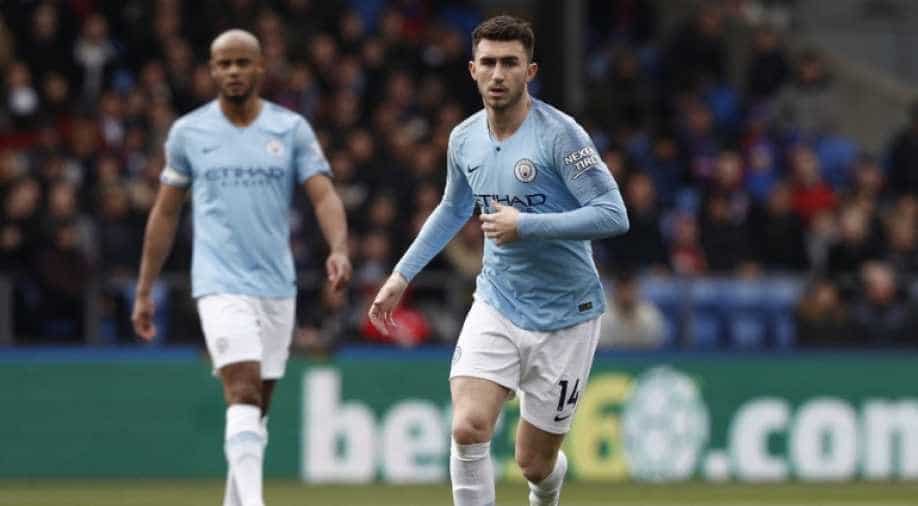 Ahead of the much-awaited round of 16 second-leg encounter, Manchester City defender Aymerrric Laporte has said that the Blues have unfinished business in the UEFA Champions League while adding that the coveted trophy is the missing piece from the club’s growing silverware collection.

Ahead of the much-awaited round of 16 second-leg encounter, Manchester City defender Aymerrric Laporte has said that the Blues have unfinished business in the UEFA Champions League while adding that the coveted trophy is the missing piece from the club’s growing silverware collection.

Man City have dominated English football in the last decade and more so after Pep Guardiola took the charge as manager of the club. However, they finished second to Liverpool in the Premier League this season and are yet to add the Champions League to their trophy cabinet.

“City have unfinished business in the Champions League, we have been talking about it for a long time, it’s the thing we are missing,” Laporte told Spanish newspaper AS on Thursday.

“Last year we won four trophies in the same season but couldn’t win the Champions League, so if it’s our turn this year, perfect.”

Man City have all the ingredients to do great things: Laporte

Manchester City were knocked out from the quarter-finals in 2019 on away goals after VAR ruled out a last-gasp winner. In 2017, they were beaten on away goals by AS Monaco in the last 16.

“I don’t know what we’ve been doing wrong as the team has been the same in the last few years. Away goals have been key. Last year Tottenham scored the same number of goals as us but eliminated us,” added Laporte.

“We have all the ingredients to do great things. The team is really up for it, we don’t have to change much, we just need a little more luck. We have lacked that final spark which I’m sure we’ll find soon.”

Man City have a 2-1 lead over Real Madrid ahead of Friday’s second-leg tie at the Etihad Stadium and will be without ace striker Sergio Aguero. Whereas, the Spanish outfit will be missing skipper Sergio Ramos, who was sent off in the first-leg.

“Everyone knows Aguero, he’s an important player to be missing just like theirs. All the goals that he has scored and the career he’s had since he was young speak for themselves,” added Laporte.

“He’s one of the best strikers I’ve ever seen but we believe in our other team mates. Sergio Ramos is also a very important player but we want to show that we can play better than them.”