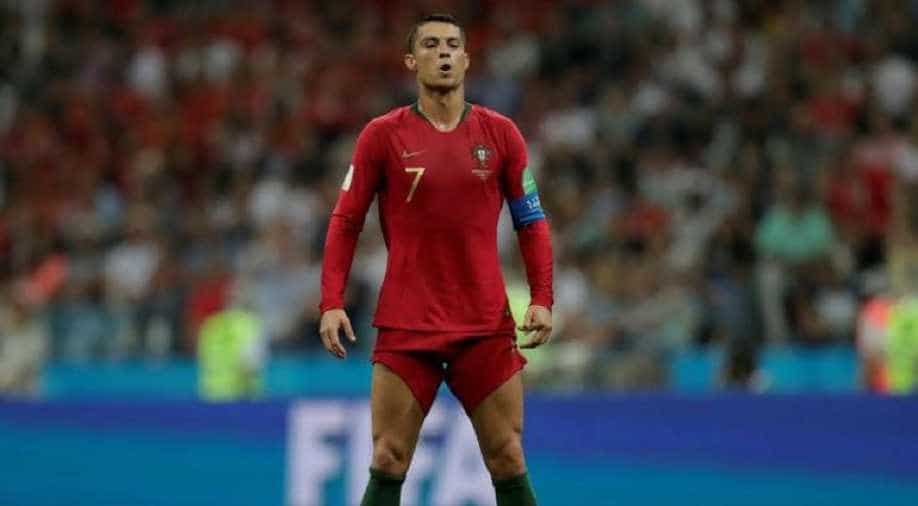 Portugal have continued to flourish without Ronaldo, leading observers to wonder how much he is needed.

Portugal coach Fernando Santos avoided directly commenting on Cristiano Ronaldo's international future on Monday, saying only that the 33-year-old was "with the team".

Ronaldo has not been selected for Portugal's squad since the World Cup, something which Santos initially said in September was a decision taken by mutual consent as the player needed a break following his move to Juventus from Real Madrid.

However, Portugal have continued to flourish without their most capped player and record scorer, leading observers to wonder how much he is needed.

The European champions have already won their Nations League group ahead of Italy with a game to spare and are set to host the semi-finals and final in June, a decision which has to be ratified by UEFA.

Ronaldo has posted messages of support to the team on Twitter and Instagram before and after matches, which Santos referred to on Monday –- but he would not go any further.

"If anyone has doubts about whether Ronaldo is with this team, they just have to look at his social media posts before and after the games," said Santos. "Apart from that, I'm not going to go public with private conversations."

The veteran coach clearly became tired of repeatedly being asked about Ronaldo.

"We keep going over old ground," he said. "It's not good for the national team, nor for the country. It’s taking away some credit from players who achieved qualification in brilliant fashion.

"We are talking about the best player in the world, but it's important also to talk about the players of tomorrow. You can keep insisting but it's getting difficult to keep answering the same question."

Portugal host Poland in their final Group A3 game on Tuesday, although the match is effectively a friendly with the Poles already relegated.