IPL 2018: Players to watch out for in Chennai vs Hyderabad clash 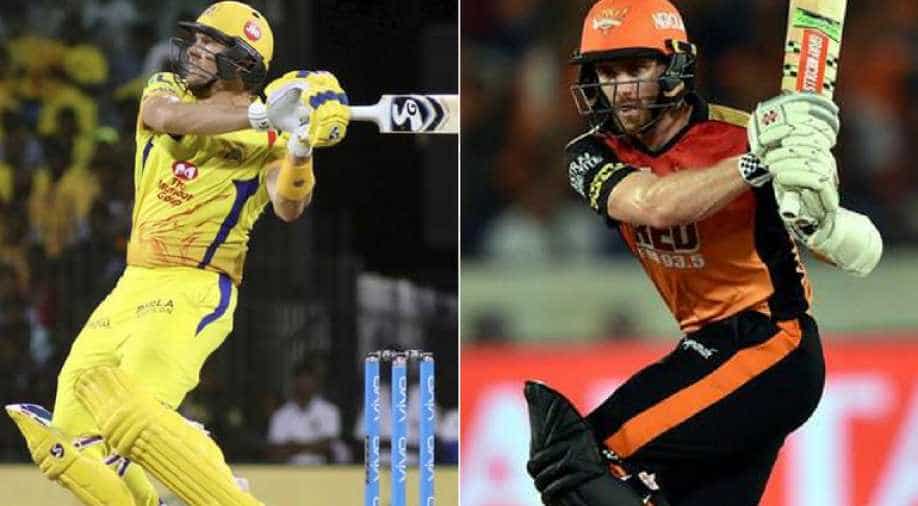 The first Qualifiers of IPL 2018 will be played on Tuesday between the two best teams, Chennai and Hyderabad at the Wankhede Stadium, Mumbai.

In previous meetings of the ongoing edition, MS Dhoni-led Chennai defeated the Kane Williamson's side.

Both the teams have scored 18 points, but Hyderabad stand atop league's table with a better Net Run Rate (NRR) than Chennai.

1. Kane Williamson - The backbone of Hyderabad team and one of the most successful skippers in the ongoing league, Williamson has proved his calibre in the leadership skills. With his team being the table-toppers, he definitely fulfilled his duties as a captain. In 14 matches, he scored total 661 runs including eight half-centuries. Today, it is expected that he will cross Rishabh Pant in the race of 'Orange Cap' and also will outplay Chennai to book a finale berth.

2. Bhuvneshwar Kumar - Although, Hyderabad have the best bowling unit in the IPL 2018 and Bhuvi is one of the best options for 'Orange Army' to damage Chennai's batting line-up. In such crucial matches, experience matters a lot and Bhuvneshwar has such potential. So far in nine matches, he has taken eight wickets with an economy of 8.14. He is definitely a player to watch out for in tonight's clash.

3. Lungi Ngidi - South African star pacer has impressed everyone with his economical bowling. His brilliant haul of 4 wickets including prized wickets of KL Rahul and Chris Gayle against Punjab was a reason Punjab's ouster from the tournament. Overall, he has played five matches and took nine wickets. He is definitely a player to watch out for in today's game.

4. Ambati Rayudu - He is an outstanding batsman and has been a consistent run scorer for Chennai in IPL 2018. His presence in today's crucial match will be an advantage for Chennai. He scored 586 runs in 14 games so far. His experience and ability to deplete any bowling attack makes him a player to watch out for in today's game.

5. Shane Watson - Chennai's opener Watson has scored 438 runs in his 13 games so far. He has smashed a century this season and has the potential to give a required start to the team. Watson has also made an important contribution with the bowl by taking important wickets in different occasions. Although he scored just 14 runs off 23 balls in the match against Delhi, still it is expected that he will survive the massive bowling attack of Hyderabad.

As the winner of today's match will directly enter finals, the match promises to be quite a contest.