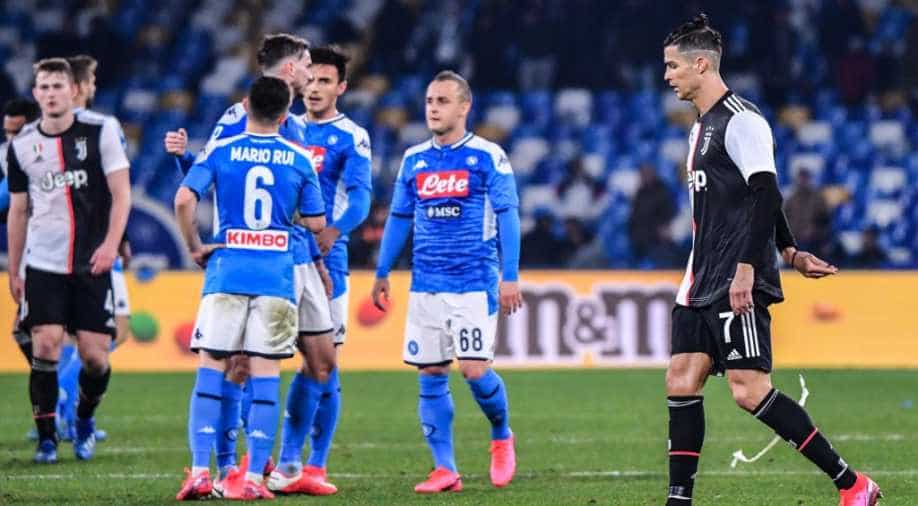 Both won the 2006 World Cup for Italy and spent a decade as AC Milan teammates, winning two Serie A titles and two Champions League crowns together.

Both won the 2006 World Cup for Italy and spent a decade as AC Milan teammates, winning two Serie A titles and two Champions League crowns together.

It is a clash which Inter Milan coach Antonio Conte can't wait to see.

"Juve v Napoli? I'll enjoy watching it," said Conte, who coached Pirlo as a player to the first three of Juventus's current run of nine Serie A titles.

"They are an excellent team, they are among the favourites for the Scudetto.

"They have a staff and a very good coach who will make life difficult for everyone."

Gattuso begins his second season on the Napoli bench having taken over from Carlo Ancelotti last December. The club finished seventh but qualified for the Europa League after winning the Italian Cup, their first trophy in six years.

Former Glasgow Rangers defensive midfielder Gattuso has been coaching since he hung up his boots in 2013, with the bulk of his footballing career spent at AC Milan.

He had stints at Sion, Palermo, Crete and Pisa before returning to Milan where he trained the youth team before coaching the first-team for 18 months.

The 42-year-old left Milan after the team missed the Champions League by just one point.

By contrast, Pirlo, 41, had no coaching experience before taking over from Maurizio Sarri, receiving his coaching diploma days before the season kicked off.

"He's lucky to be starting at Juventus, but this profession is one where a great playing career is not enough. You have to study, to work hard, and you don't get much sleep."

This season Gattuso has the ambitious task of winning a first Serie A title since the days of Napoli legend Diego Maradona in 1990.

Pirlo is counting on extending Juventus's winning streak to 10 consecutive Serie A titles.

Napoli are top of the Italian league table after two games with a win over Parma, and a 6-0 hammering of Genoa last time out.

Pirlo's Juventus is a team "under construction". They were held 2-2 by Roma last weekend.

Napoli are awaiting the results of a second round of coronavirus tests as last week's opponents Genoa had 16 positive tests this week, including 12 players.

Genoa's game against Torino on Saturday has been postponed.

A first round of swabs at Napoli came back negative, with the results of the second series of tests expected on Friday.

Inter, who have scored nine goals in their first two matches, take on a Lazio hurting after their 4-1 defeat to Atalanta in the Stadio Olimpico.

"Inter have been considered an outsider for many years, now we have acquired credibility," said Conte of last season's runenrs-up.

High-scoring Atalanta next host Cagliari with Hellas Verona looking for a third consecutive win at Parma.

Roma head for Udinese looking for their first win, with the north-easterners reeling after losing to promoted La Spezia, who next challenge AC Milan.