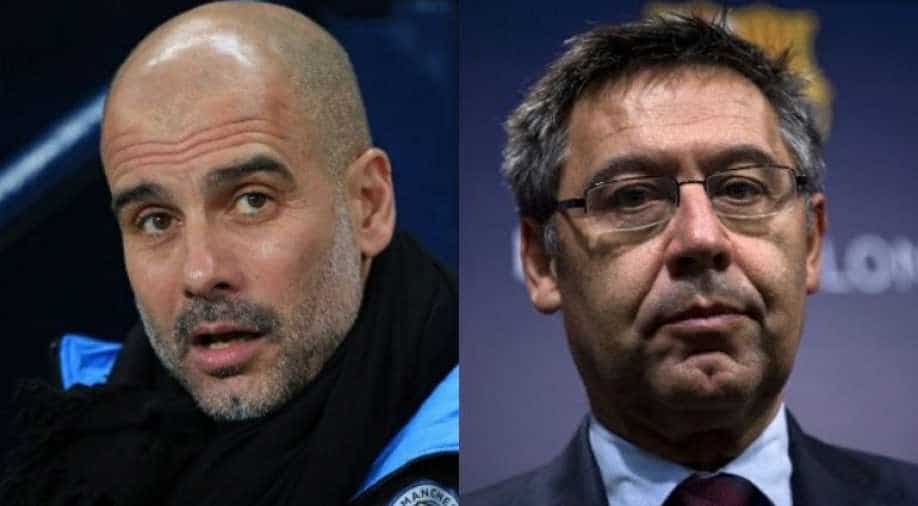 Pep warned Barcelona: “Don't talk too loud, Barcelona, that's my advice, because everybody is involved in situations."

Pep Guardiola takes a jibe at his former club's president Josep Maria Bartomeu after he praised UEFA for imposing a two-year ban on Manchester City.

On Friday, UEFA found a "serious" fair-play breach by Manchester City from 2012 to 2016. UEFA imposed a two-year ban on Manchester City, they will be barred to play any European competitions for the next two seasons. Manchester City was also fined $32.5 million.

After the ban, Bartomeu said: "In this regard, we thank UEFA, who in recent years has been so sure to follow up on Financial Fair Play. At Barca, we have been following it and we have regular investigations or we have meetings at UEFA to explain how we are doing it. From here we want to support UEFA for all the good it does in football."

Pep in a post-match conference after win over West Ham said: “If they're happy that we are suspended I would say to the president of Barca to give us two appeals. I ask right now that the people trust what they (City) have done."

Pep warned Barcelona: "Don't talk too loud, Barcelona, that's my advice, because everybody is involved in situations. We're going to appeal and hopefully, in the future, we can play in the Champions League against Barcelona."

Guardiola even ensured his fans that he will stay in Manchester City despite UEFA Ban as some speculations of him wanting to "quit" after UEFA ban was making rounds.

Manchester City will face Real Madrid for UEFA Champions League in the first leg of the round of 16 on March 17.