Pele says 'I will be 80, I'm fine', dismisses son's claim on depression 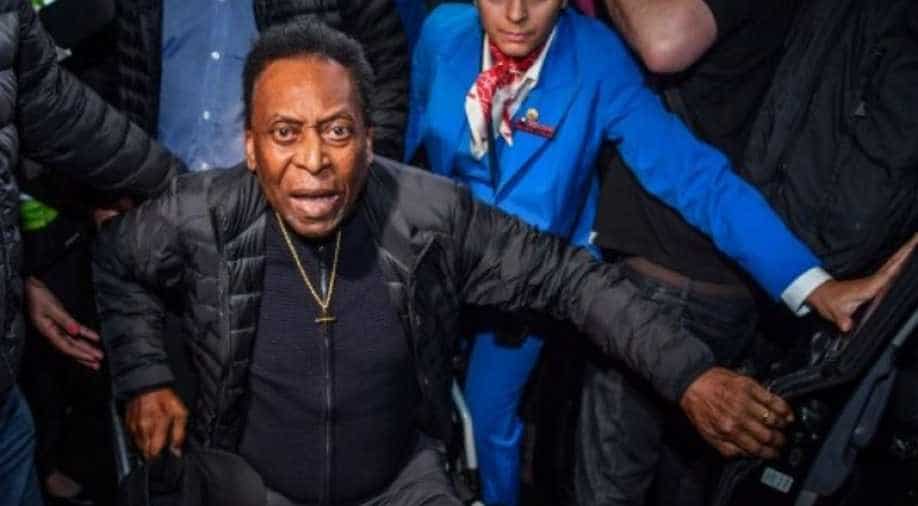 Legendary Brazilian footballer Pele on a wheelchair as he greets supporters. Photograph:( AFP )

"I have good days and bad days, which is normal for people my age," says Pele.

Brazilian football legend Pele released a statement on Thursday where he said he is "fine".

The statement comes after Pele's son Edinho, in an interview to a Brazilian sports website had said: "He's embarrassed, he doesn't want to go out, be seen, or do practically anything that involves leaving the house. He is very shy, reclusive."

According to Edinho the Brazilian legend was is "fragile".

However, on Thursday the football legend said in a statement: "Thanks for your prayers and your worry. I am doing fine. I will be 80 this year," Pele, considered by many to be the greatest footballer of all time, said in a statement.

"I have good days and bad days, which is normal for people my age," added Pele.

The 79-year-old has been in and out of the hospitals due to various health problems, he recently went through a hip replacement operation and has made a recent appearance on a wheelchair.

Edinho had earlier said: "He has this mobility problem and that has set off a kind of depression. Imagine, he's the King, he was always such an imposing figure and today he can't walk properly."

Pele's goals for Santos FC is still a milestone on its own, he spent 18 years in the club and scored 619 goals in 638 matches. He joined New York Cosmos in 1975 and spent two seasons there, where he scored 31 goals in 56 matches.

The Brazilian still holds the record for most hattricks, he has a total of 92 hattricks to his name and has scored 1,283 goals in his lifetime.