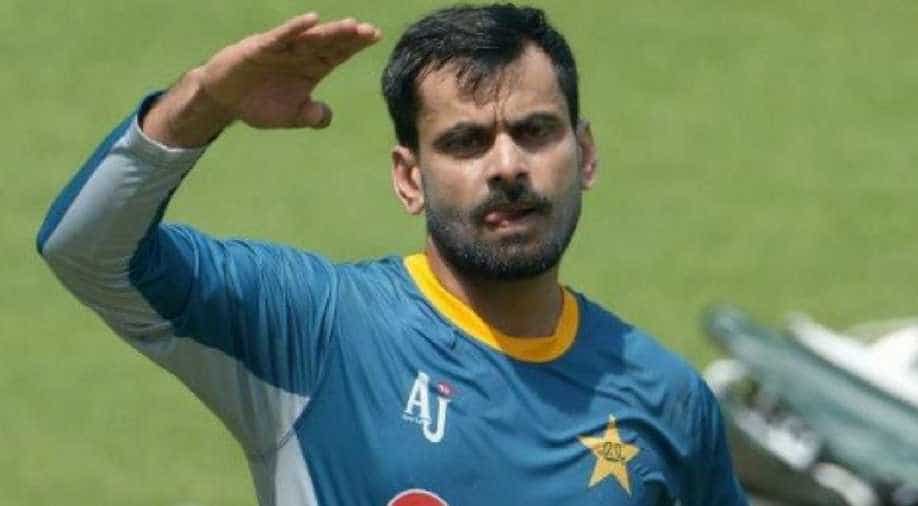 Pakistan Cricket Board (PCB) issued a show cause notice to Pakistan all-rounder Mohammad Hafeez, seeking an explanation over his remarks on ICC in the next seven days' time.

He has also been barred from speaking to the media.

The notice comes days after the 37-year-old raised concern over ICC's process of dealing with suspect bowling actions.

Hafeez, who has been called thrice for flexing his elbow more than the permissible 15 degree, was only recently allowed to resume bowling on May 1, after the latest case of him being reported during the game against Sri Lanka in 2017 had him suspended.

However, the all-rounder underwent a reassessment on April 17 at the Loughborough University and the results of the evaluation indicated that the elbow extension was within the permissible 15-degree limit.

While speaking media, the all-rounder had made suggestions that the officials were perhaps a little lenient regarding bowlers from certain countries.

"There are so many things influencing all this - it has a lot to do with the power of [some] boards and nobody wants to take them on. Mostly there are soft corners and relations between people which no one wants to spoil. What I say is why not implement the rule and get every bowler in the world to go through [testing]. What's the difficulty in that?"

The all-rounder also questioned how on-field umpires called actions that had the minutest of bends beyond the stipulated 15 degrees but not the ones which fell out of bounds massively.

"When match umpires called me, I went for my test only to find the flex was recorded up to 16, 17 and 18 degrees. I was surprised: how can anyone with the naked eye see flex from 15 to 16, when at times they are not able to call those whose flex is 25 and even 30-plus? So I have my doubts about this calling system. This is suspicious: why are match referees or on-field umpires not able to see those flexing up to 35 but me with 16 degrees?"

The Pakistan board did not take not of Hafeez's comments but acted only when ICC highlighted it.