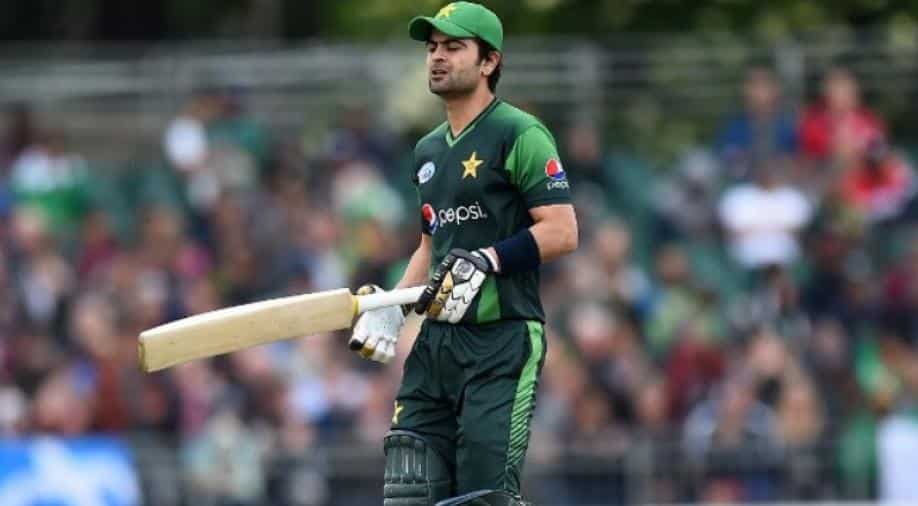 Shehzad "has been banned for four months effective from 10th July 2018... for violating the board's anti-doping rules", the PCB said in a statement.

Pakistani batsman Ahmed Shehzad has been banned for four months over a failed drug test, authorities said Friday, after he pleaded guilty to violating anti-doping rules.

The Pakistan Cricket Board (PCB) punished the 26-year-old after he tested positive for a "prohibited substance" during the domestic Pakistan Cup earlier this year.

Shehzad "has been banned for four months effective from 10th July 2018... for violating the board's anti-doping rules", the PCB said in a statement.

He "accepts that he has committed the violations of the PCB rules, but had no intent to cheat or enhance his performance", it added.

📰 Ahmad Shahzad has been banned for four months effective from 10th July 2018 by PCB) for violating the Board’s Anti-Doping Rules.
More details to follow.

Authorities did not identify the substance over which Shehzad was banned.

"I inadvertently consumed a medicine which as an experienced cricketer I should have refrained from," Shehzad said on Twitter after the decision was announced.

"This is a lesson for me... and I hope to make a strong comeback from here."

The right-handed opener, who was suspended in July over the failed test, will also deliver anti-doping lectures "as a part of his rehabilitation process", the PCB said.

The Lahore-born Shehzad played 13 Tests, 81 one-day internationals and 57 Twenty20s for Pakistan, but has failed to impress selectors recently.

His last appearance for Pakistan was in a T20 against Scotland in June.