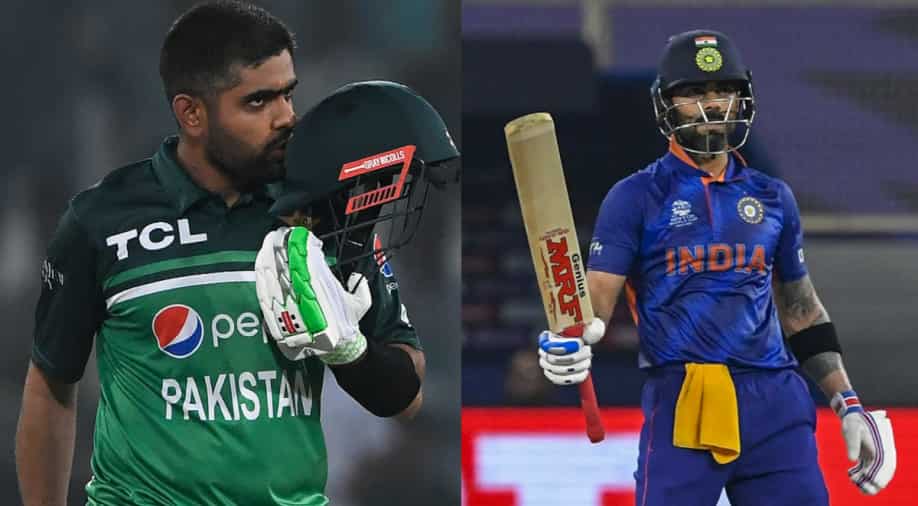 Babar Azam has broken yet another record of Virat Kohli. Photograph:( AFP )

Pakistan captain Babar Azam has broken yet another record of Indian superstar Virat Kohli after the latest ICC T20I rankings were released.

Pakistan captain Babar Azam is one of the finest batters in the world at present and has been a consistent performer for his team across formats. He has been on a record-breaking spree recently and has shattered yet another record previously held by Indian batting maestro Virat Kohli. Babar has often earned comparisons with Kohli over his batting exploits for Pakistan.

Babar has now surpassed Kohli to script a new record in T20Is after the International Cricket Council (ICC) released the latest rankings on Wednesday (June 29). Babar remains the number one batter in T20Is at present as he continues his dominance on top of the charts.

The Pakistan skipper has now created the record for staying on top of the ICC T20 rankings for batters for the longest period of time. Babar has now been the no.1 batter in T20Is for 1030 days till June 29 (Wednesday) and has surpassed Kohli, who ruled at the top of the T20 batting charts for 1013 days

“As a player it's a dream to become the No. 1 in all formats and, for that, you have to focus and put in hard work. It's not like if you are the top player in one or two formats, you go easy,” Babar had said.

“If you are to become No.1 in all three, you have to keep yourself fit and on track. There is back-to-back cricket and the gap is less. For that, you need to be extra fit," he added.

The Pakistan skipper will be next seen in action when his team tour Sri Lanka next month for two Test matches. The Men in Green will then tour Netherlands for a limited-overs series in August this year.