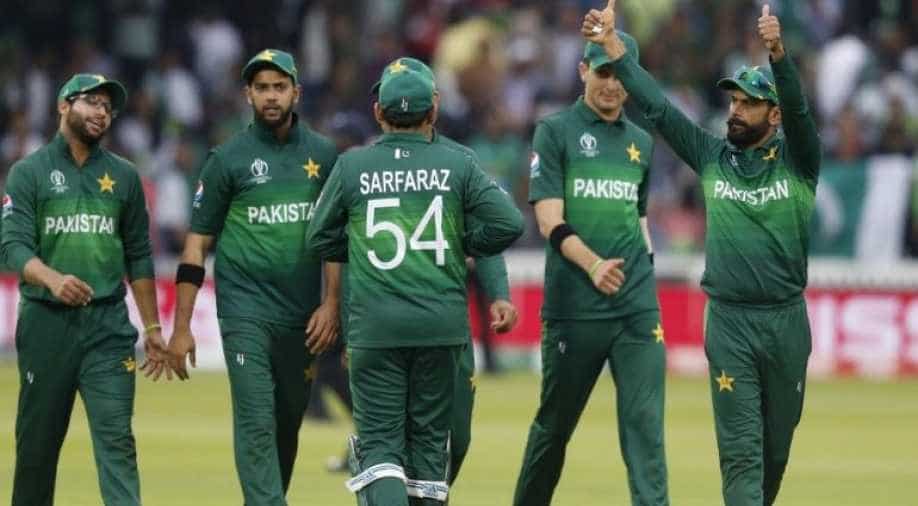 Pakistan's Mohammad Hafeez (R) gestures to the crowd as he celebrates with his teammates after victory. Photograph:( AFP )

Haris Sohail (89) top-scored for Pakistan, who reached 308 for seven in their 50 overs

South Africa captain Faf Du Plessis offered their only real resistance with a 79-ball 63 in another poor batting display from his side.

Wahab Riaz and Shadab Khan took three wickets each as Pakistan condemned South Africa to a fifth defeat of the tournament that left them languishing ninth in the 10-team table.

With that loss, South Africa are out of #CWC19 semi-final contention.

Pakistan, meanwhile, move up to No.7. Their knockout hopes are very much alive.

The Pakistan team salute their adoring fans as they walk off 👋#WeHaveWeWill | #CWC19 pic.twitter.com/BILi2DmlCy

While Pakistan's slim hopes of reaching the knockout stages stayed alive, South Africa, with three points from their opening seven matches, are unable to secure a spot in the top four - who all advance to the semi-finals.