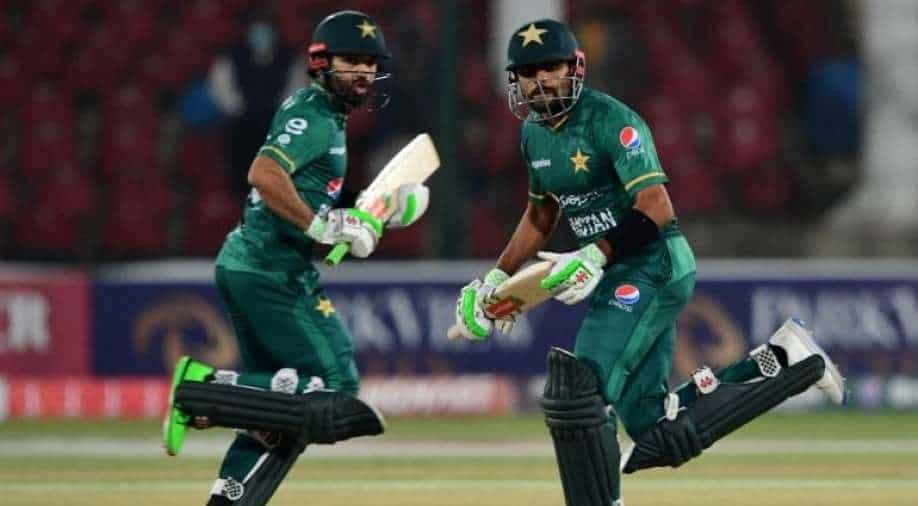 The ODI series between Pakistan and West Indies has been postponed and rescheduled for early June 2022.

Mohammad Rizwan and Babar Azam starred with the bat as Pakistan defeated West Indies by seven wickets in the third and final T20I here at the National Stadium on Thursday.

With this win, Pakistan won the three-match series 3-0.

Chasing 208, Pakistan got off to a good start as openers Babar Azam and Mohammad Rizwan put on 60 runs inside the first six overs. At the halfway mark, Pakistan's score read 98/0, with the hosts needing 110 runs to win from the final 10 overs.

Babar and Rizwan put on 158 runs for the opening wicket, and this saw both batters going past their fifty-run mark. Babar departed after scoring 79 while Rizwan was sent back to the pavilion after scoring 86. In the end, Pakistan registered a seven-wicket win with seven balls to spare.

Earlier, Nicholas Pooran's 64-run knock helped West Indies post 207/3 in the allotted twenty overs. Opting to bat first, the visitors got off to a quickfire start as openers Brandon King and Shamarh Brooks put on 66 runs inside the first six overs.

Pakistan finally got the breakthroughs of King (43) and Brooks (49) to reduce West Indies to 99/2 in the 10th over. King was dismissed by Mohammad Wasim while Brooks was scalped by Shahnawaz Dahani.

Skipper Nicholas Pooran smashed 64 from 37 balls with the help of two 4s and 6 sixes and as a result, Windies posted a total of more than the 200-run mark.