Defender Gerard Pique gave Coutinho his backing after he faced the wrath of the Nou Camp but also challenged him to raise his game.

Philippe Coutinho was booed off by his own fans after failing to shine against Rayo Vallecano on Saturday but Barcelona's record signing may get another chance to win them over this week with Ousmane Dembele set to miss their Champions League tie with Olympique Lyonnais.

Incisive winger Dembele helped Barca to a 3-1 win after coming off the bench with the team struggling to break down the La Liga minnows, with Coutinho failing to provide any spark or combine with Lionel Messi and Luis Suarez.

Fans showed their dissatisfaction with the Brazilian when he was replaced in the 80th minute by Ivan Rakitic, who promptly set up a goal for Suarez and helped secure a win that kept Barcelona seven points clear and bidding for a first treble since 2015.

A goalless draw in the first leg in Lyon means Barca have to win the second leg on Wednesday to ensure progress in the Champions League, but they will likely have to make do without the pace and unpredictability of Dembele, who ended the Rayo game with a hamstring strain.

Coutinho, who arrived from Liverpool for a club record 165 million euros ($185.18 million) in January 2018, has so far shown little to suggest he will be able to compensate for the Frenchman's absence against Lyon.

He has six goals and five assists in La Liga and Europe, while he has not scored outside of the Copa del Rey since October.

Defender Gerard Pique gave Coutinho his backing after he faced the wrath of the Nou Camp but also challenged him to raise his game.

"Philippe is having a good season, but obviously his price tag was very big and this means there are bigger expectations about his performances," Pique said.

"You have to accept the reaction of the supporters because they are our fans, but inside the dressing room the players give him all the support in the world."

Coach Ernesto Valverde also had words of support for Coutinho, even though he has tended to leave the player out of his starting line-up for the biggest games this season.

"We are at a club where there is a huge expectation to win, so we should not give too much importance to the fact he was booed," he said.

"He keeps fighting to score, and we always expect him to pull a rabbit out of the hat. But his work is plain to see, the secret is in persevering." 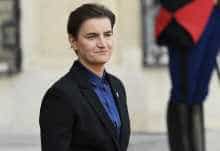 Indian Premier League could be entirely held in Mumbai: Reports