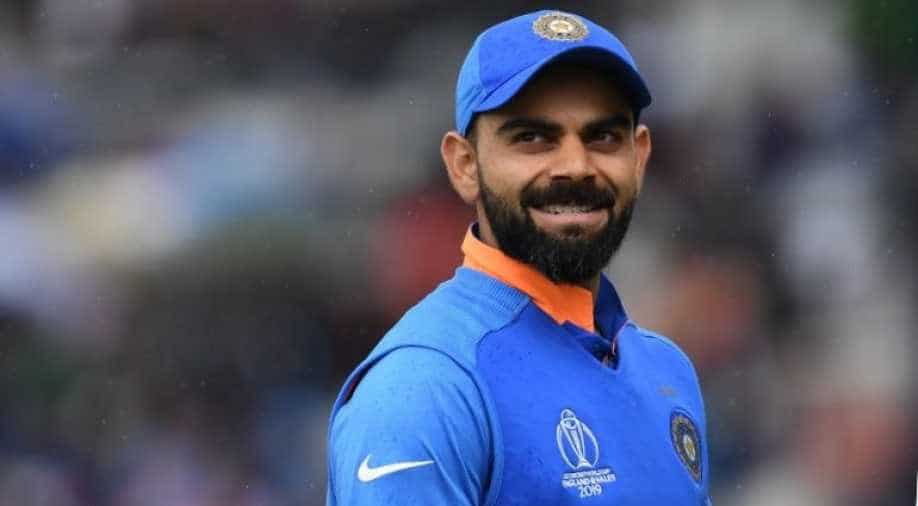 With the win, India are now atop of points table and as per the current scenario they will face fourth-placed New Zealand in semis

After India's seven-wicket win over Sri Lanka in their last league stage match, Indian skipper Virat Kohli and opener Rohit Sharma said that the team is ready to face any opposition in semi-finals.

Rohit and Kl Rahul scored centuries to guide India towards a comfortable win over the Dimuth Karunaratne-led Sri Lanka team in their final Cricket World Cup group match at Headingley on Saturday.

With the win, India are now atop of points table and as per the current scenario they will face fourth-placed New Zealand in semis.

While the result of Australia vs South Africa clash, which is underway (when the story was filed), might change it as if Australia manage to win the game they will go on the top and will square-off against the Kiwis in semis and second-placed India will lock horns with England.

On being asked about the scenario, Kohli said, "We are happy with where we are placed. It is just about turning up on the semifinal day and putting up a performance,"

"The focus has to be within and we are confident of our skill sets. We just want to go out there in the semifinal and express our skills and strengths as a team. So regardless of who we will play, we want to play good cricket and get the result our way," he further added.

Rohit also said, "As a team we are not thinking about that (Aus-SA game). We have had a great victory today and we want to celebrate that rather than thinking about what is going on there,"

"Whatever opposition comes our way we will put up a show," Rohit added.