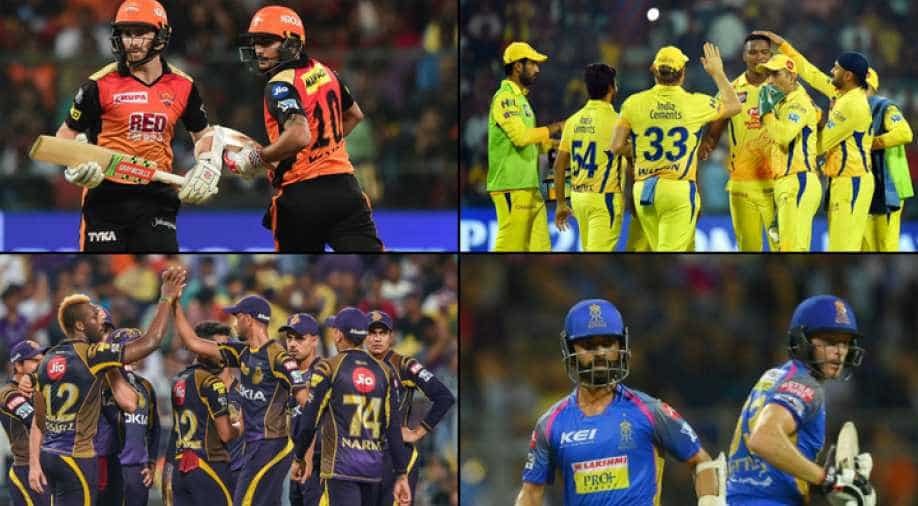 "Size does matter" – It is a well-versed quote. But as the group stage of IPL-2018 is over and you take a glance at the outcome, you would strongly disagree with this quote.

IPL-2018 endorses once again that in sports what actually matters is that how you gel with each other in a team composition and how you deliver on the ground. The stature and big players won't really help if this basic idea is missing.

Look at the qualifiers for the playoffs. Chennai is back in the league after suspension of two years and played well right from the beginning. Dhoni is back with his old mojo, both as a captain and player. He stood and delivered.

Hyderabad team has been the unexpected table topper. They are the only team in the tournament which is led by an overseas player, Kane Williamson. Before the start of IPL, Hyderabad got a jolt when their coveted skipper David Warner was ruled out of the tournament. But Williamson has been leading the side from the front and using whatever resources he has with clinical efficiency.

Other two qualifiers Rajasthan and Kolkata are led by Ajinkya Rahane and Dinesh Karthik and both of them are not even India's regular for One Day International and T-20.

Rajasthan also received a setback like Hyderabad when the big name and their nominated skipper Steve Smith was ruled out. Ajinkya was the last minute pick for the side and not much was expected from Rajasthan team.

Rajasthan, however, made to the next stage albeit with difficulty. Shahrukh's franchise did not pick their regular skipper Gautam Gambhir this time and Karthik was leading any IPL side for the first time. Kolkata had few anxious moments at the group stage but Dinesh Karthik led his troop well and with the support of competent guidance of Jacques Kallis.

On contrary to above, all the big name bit the dust. Mumbai Indians, arguably the most coveted team as it is owned by the richest man in India and mentored by none other than the legend Sachin Tendulkar has been knocked out. Mumbai team has been supported and coached by a legion of players like Mahela Jayawardene, Robin Singh and Malinga but nothing helped.

Virat Kohli could not sail his side through, despite having names like AB deVilliers (ABD), Chahal, Brendon McCullum and Umesh Yadav in the line-up of his side

Unarguably the most decorated player in the recent time Virat Kohli could not sail his side through, despite having names like AB deVilliers (ABD), Chahal, Brendon McCullum and Umesh Yadav in the line-up of his side.

Kohli and ABD are the two most destructive batsmen in the shorter version of the game. They batted well as such but the team failed to deliver the final punch.

Delhi’s poor run in IPL continued in 2018 as well. The team coached and mentored by the legendary cricketer Ricky Ponting. Gautam Gambhir, who in past lifted trophy twice as Kolkata's skipper was Delhi's skipper to start with but failed miserably.

The destructive Glen Maxwell, playing for Delhi was a big-time failure. Though Rishabh Pant and Shreyas Iyer batted well but the failure of Gambhir and Maxwell was proved to be costly for the side.

Ashwin-led Punjab team has been knocked out despite having players like Gayle, KL Rahul and Yuvraj Singh in the line-up. The great Virender Sehwag also could not turn things around for the side. The failure of Gayle and Yuvraj (two of the biggest name in the history of T-20) hit the team hard.

The message is clear. You need to deliver on the ground to get success. The great Australian coach John Buchanan once said that “You may have limitations, but may not have the limit. Just go and apply yourself”. This quote of Buchanan is so much a truth here.