Only aim is to get a house for my parents with money earned from IPL, says MI youngster Tilak Varma 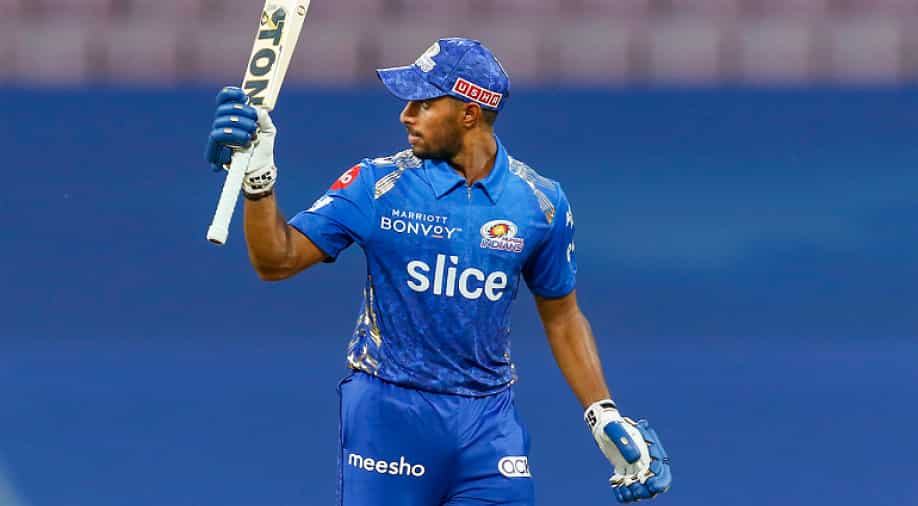 Mumbai Indians youngster Tilak Varma had impressed many with his brilliant half-century against Rajasthan Royals in IPL 2022. The talented batter recently opened up on his IPL dream.

Mumbai Indians (MI) youngster Tilak Varma is one of the Indian talents to watch out for in the ongoing Indian Premier League (IPL) 2022. Verma, a former India U-19 player, is a skilled right-hand batter, who is set to be a regular feature in the Mumbai Indians playing XI this season.

While Tilak has showcased his talent with the bat, MI's huge investment in star wicket-keeper batter Ishan Kishan has also paid off well. Kishan has been at his destructive best in the IPL 2022 so far with back-to-back half-centuries in the first two games.

While Mumbai Indians had paid a huge sum of Rs 15.25 crore (INR 152.5 million) to rope in Ishan at the mega auction in February this year, Tilak was bought for Rs 1.7 crore (INR 17 million). After doing well for Mumbai Indians in their first two games, Tilak opened up about the hardships he has faced in his cricketing journey so far.

Tilak revealed he has seen his family deal with financial difficulties growing up and it was not easy for his father to pay for his cricket-related expenses from his meagre salary. However, now that the 19-year-old has earned an IPL contract, his only aim is to buy a house for his parents.

“Growing up, we’ve had a lot of financial difficulties. My father with his meagre salary had to look after my cricket expenses as well as my elder brother’s studies. In the last few years, with some sponsorship and match fees, I could just about take care of my cricketing expenses,” Tilak was quoted as saying by Cricbuzz.

“We don’t own a house as yet. So with whatever I have earned in this IPL, my only aim is to get a house for my parents. This IPL money gives me the luxury to play freely for the rest of my career," he added.

Tilak made his first-class debut for Hyderabad in the Indian domestic circuit on December 30, 2018. He was then named in India's U-19 squad for the 2020 ICC U-19 World Cup where he helped the team reach the final of the tournament. He has so far played 16 List A matches and 17 T20s in his career and has the talent and skills to become the next big thing for Mumbai Indians.

After losing their first two games of the season, Mumbai Indians will be looking to bag their first win of the tournament whey they lock horns with Kolkata Knight Riders (KKR) in their next game of the ongoing IPL 2022 on Wednesday (April 06).