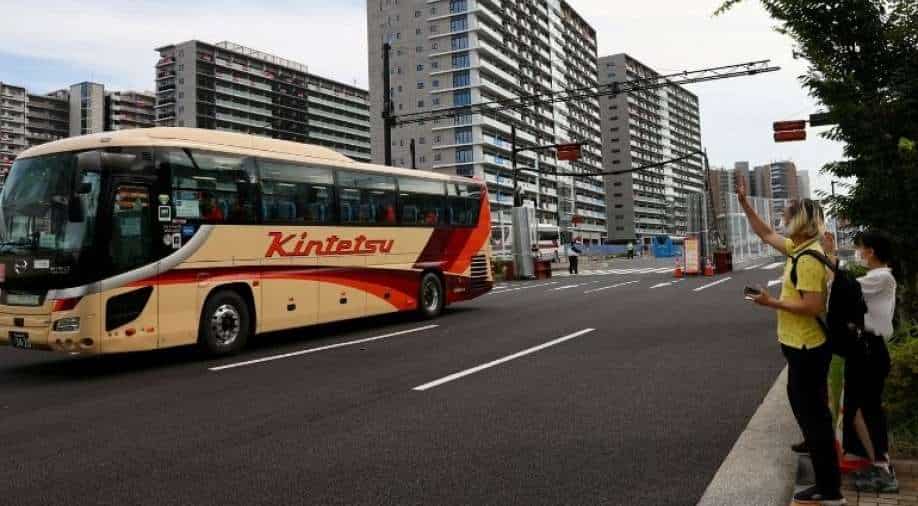 The new records come a day after Japan decided to extend states of emergency to three prefectures near Olympic host Tokyo.

Newly-reported COVID-19 cases in Olympic host city Tokyo surged to a record high of 4,058 on Saturday, the metropolitan government said, exceeding 4,000 for the first time and overshadowing the Games.

Nationwide cases totalled 12,341 as of 6:30 p.m. local time, public broadcaster NHK said, the highest ever for Japan and up 15% on the day, underscoring a rapid rise in infections across the country.

Amid intensifying concerns, Olympics organisers said on Saturday they had revoked accreditation of a Games-related person or people for leaving the athletes' village for sightseeing, a violation of measures imposed to hold the Olympics safely amid the pandemic.

Kyodo cited a spokesperson for Georgia's Olympic committee as saying that silver medalists Vazha Margvelashvili and Lasha Shavdatuashvili had their accreditation stripped after leaving the village to go sightseeing.

Officials of Georgia's Olympic committee were not immediately available for comment.

There was a media report in Japan that the two had been witnessed near Tokyo Tower, a popular tourist destination, on Tuesday night. Margvelashvili won his silver on Sunday, and Shavdatuashvili on Monday.

"We took away accreditation as we believe going out of the athletes' village for sightseeing is something that should not happen," Tokyo 2020 spokesperson Masa Takaya told a daily briefing.

This is the first time accreditation has been revoked since the start of the Tokyo Olympics on July 23. Without it, a person cannot enter any Olympic facilities.

Residents of the athletes' village are not allowed to go out for non-Games related purposes, such as sightseeing.