'Now you can lick what you see': Harbhajan Singh to fan who alleged he cropped MS Dhoni from 2007 T20 WC pic 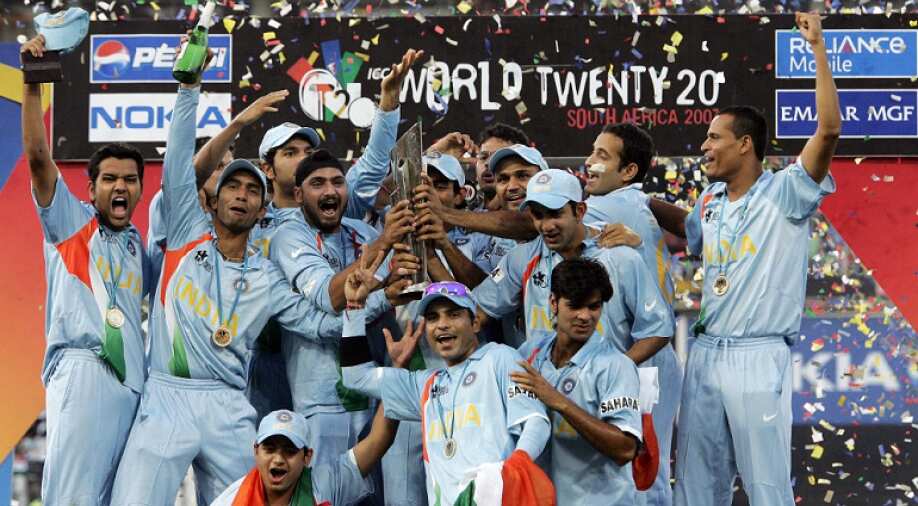 Harbhajan Singh hit back at a fan who accused him of cropping MS Dhoni. Photograph:( AFP )

Veteran Indian spinner Harbhajan Singh hit back at a fan who alleged he cropped out MS Dhoni from a pic shared on Twitter, on the 14th anniversary of India's 2007 T20 World Cup triumph.

Veteran spinner Harbhajan Singh, who was also a part of the T20 World Cup-winning squad under Dhoni, also took to Twitter to post a throwback picture of India's stunning win. “When your FAITH becomes stronger than your FEAR … then your dream can become a reality #champions  #T20WorldCup2007 #TeamIndia,” Harbhajan captioned the picture. 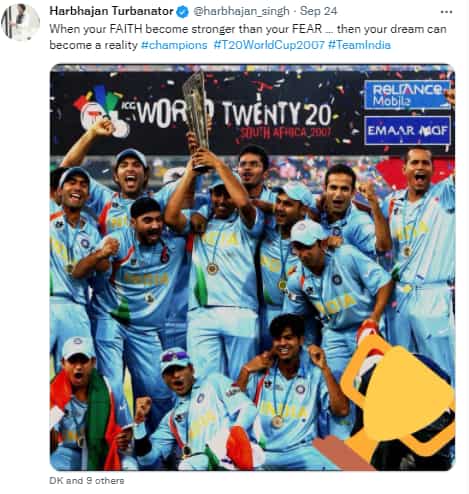 Congratulatory messages soon started pouring in from all corners in the comments section, however, a Twitter user alleged that the off-spinner cropped out Dhoni from the throwback picture. Accusing Harbhajan of cropping Dhoni out, the Twitter user wrote - "Nice Bhai Nicely Croped MSD Photo." [Nice brother nicely cropped out MSD's photo]

Harbhajan had used a trophy emoji to cover the left bottom corner of the picture. The reaction from the Twitter user didn't go down well with Harbhajan, who was quick to hit back and shut him down. Harbhajan shared the unedited version of the picture which showed that it was a crew member who had been cropped out by Harbhajan and not Dhoni.

"Now u can lick what u see in the picture I cropped," Harbhajan replied to the fan.

Harbhajan is yet to retire from international cricket and continues to ply his trade in the Indian Premier League (IPL). He is currently part of the Kolkata Knight Riders' squad and is in the UAE with the team for the ongoing second leg of IPL 2021.