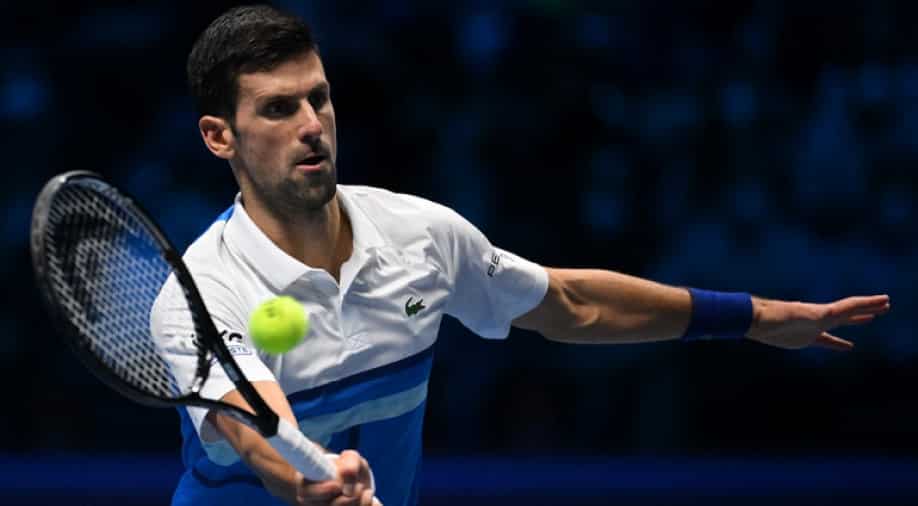 World no.1 Novak Djokovic is all set to take part in the upcoming Australian Open tournament after getting an exemption for COVID-19 vaccination.

Novak Djokovic is all set to take part in the upcoming Australian Open 2022 after being granted a medical exemption to compete in the tournament despite not being vaccinated against COVID-19. Djokovic on Tuesday (January 04) confirmed he was on his way to Australia where he will be defending his Australian Open title this year.

World no.1 Djokovic's participation in the Grand Slam event was in doubt after he had declined to reveal his COVID-19 vaccination status. The Australian Open officials had maintained that the Serbian ace would have to show proof of his vaccination to play in Melbourne this year.

However, Djokovic has now availed a medical exemption which will allow him to play in the tournament under tight COVID-19 restrictions. Djokovic shared a picture of himself from an airport and revealed he was on his way to Australia as he looks forward to starting 2022 on a winning note.

“Happy New Year, everybody! Wishing you all health, love, and happiness in every present moment and may you feel love and respect towards all beings on this wonderful planet.

“I’ve spent fantastic quality time with my loved ones over the break and today I’m heading Down Under with an exemption permission. Let’s go 2022!," read the post from Djokovic.

Earlier, the Australian Open organisers had made it clear that all the players taking part in the tournament will have to be vaccinated against COVID-19. Melbourne, which is all set to host the event, has been dealing with strict COVID-19 restrictions for a while now.

However, the world no.1, who has won the Australian Open title nine times so far in his illustrious career, will be gunning for his tenth title this year.