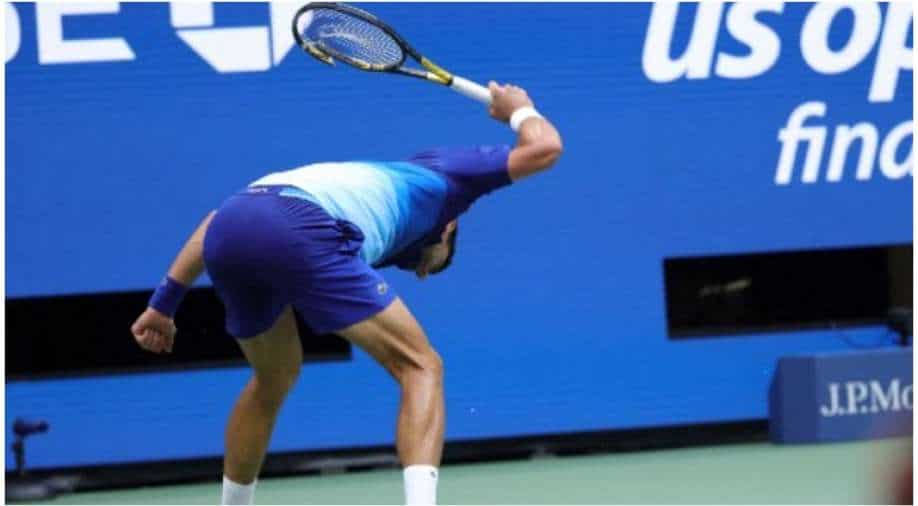 During his US Open final loss to Daniil Medvedev, Novak Djokovic showed his frustration on the court by smashing his racquet.

Serbian ace Novak Djokovic lost the US Open final to Daniil Medvedev, surprising many across the tennis fraternity. With the kind of form Djokovic has enjoyed in the calendar year, he was expected to win the title and also achieve the first calendar-year Grand Slam in men's tennis since 1969, however, Medvedev denied him the chance of creating history.

Djokovic went down to Medvedev in straight sets, losing 4-6, 4-6, 4-6, as the Serbian missed out on his 4th US Open title and remains at par with Roger Federer and Rafael Nadal with 20 Grand Slam titles each. During the course of the match, the 34-year-old's emotions were on display and he even smashed his racquet during his second set loss to the Russian player.

Djokovic was noticeably frustrated during the second set at the #USOpen pic.twitter.com/K2vh7mC3Lp

For the unversed, this hasn't been the first time when Djokovic has displayed his frustration in an aggressive manner on the court.

Meanwhile, Medvedev also became the first Russian male player to win a Grand Slam title after Yevgeny Kafelnikov and Marat Safin. After the match, the two stars shared their mutual respect and admiration.

Medvedev said at the post-match presentation, "Sorry for your fans and Novak because we all know what he was going for. What you have accomplished in your career, for me, you are the greatest tennis player in history," he further added.

Djokovic, on the other hand, congratulated the 25-year-old and said, "If there's anyone that deserves a Grand Slam title right now, it's you."