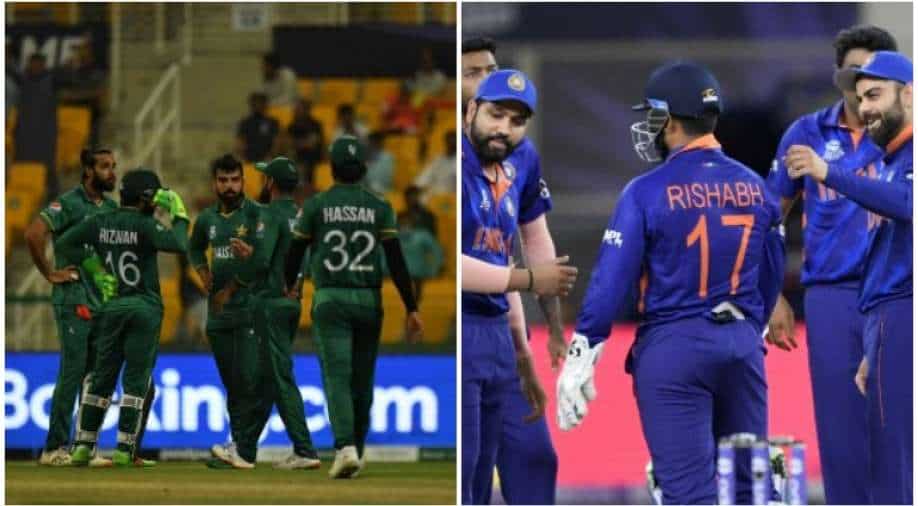 Not Kohli! Shadab names India opener and Warner as 'toughest to bowl' at Photograph:( AFP )

Pakistan spin-bowling all-rounder Shadab Khan named the toughest batter he has bowled at in international cricket during a recent Q/A session with fans on Twitter. While there are many batters who play spin really well at the highest level, Shadab went ahead and named two batters in the form of Rohit Sharma and David Warner.

The likes of Virat Kohli, Steve Smith, KL Rahul, Joe Root, etc. play spin really well. Hence, it isn't easy bowling against them, however, Shadab named Warner and Rohit as per his experience.

In a recent #AskShadab session with his avid fans, a Twitter user asked him 'who is the most difficult batsman to bowl' as the Pakistani all-rounder mentioned Rohit and the Aussie left-handed opener.

ALSO READ | With no Rohit Sharma, there will be pressure on Virat Kohli, reckons former SA spinner ahead of Centurion Test

Shadab-starrer Pakistan had locked horns with both India and Australia in the 2021 T20 World Cup, which concluded on November 14. While the 23-year-old Shadab didn't get a chance to bowl at Rohit, as Hitman fell for cheap in the Indo-Pak Super 12 face-off, he got a chance to come up against Warner in the riveting second semi-final between Pakistan and Australia at Dubai.

Shadab got rid of danger man Warner (49) as he returned with 4-0-26-4 before Matthew Wade-Marcus Stoinis' finishing skills and unbeaten 89-run stand, for the sixth-wicket, dented Pakistan's hopes of entering the final.

At present, Warner is involved in Ashes 2021 in Australia whereas India's limited-overs captain Rohit is recovering from an injury, which has kept him out of India's three Tests versus South Africa in the African nation.