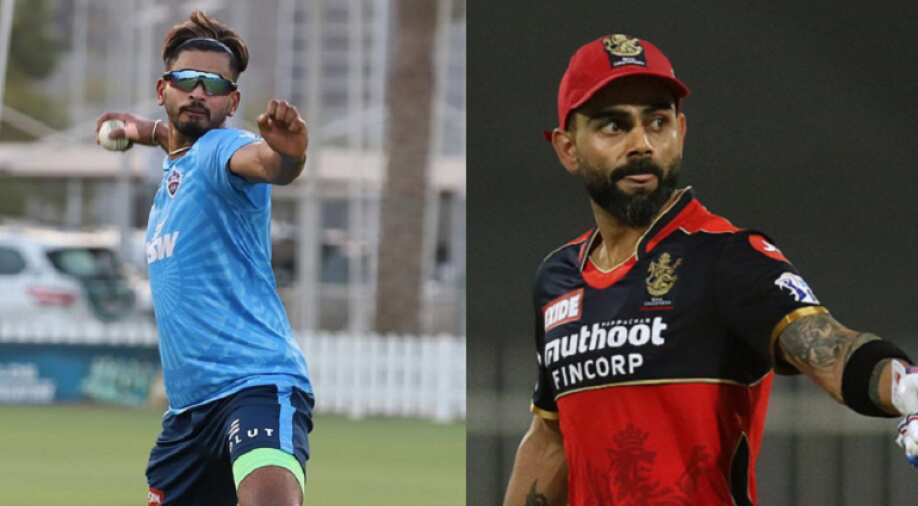 Former India cricketer Aakash Chopra has picked a West Indies all-rounder who he thinks can replace Virat Kohli as the captain of the Royal Challengers Bangalore (RCB) in IPL 2022.

Virat Kohli will not be leading Royal Challengers Bangalore (RCB) in the upcoming season of the Indian Premier League (IPL) having stepped down from captaincy after the conclusion of IPL 2021 in the UAE last year. Kohli had led RCB to the playoffs of IPL 2021 in what was his final season as the captain of the franchise.

RCB will be looking for a captaincy candidate when they head into the upcoming IPL mega auction ahead of the 2022 season. While there are several top players who are set to go under the hammer, star India batter Shreyas Iyer is reportedly on the radar of several franchises as a potential captaincy candidate.

Iyer was part of the Delhi Capitals squad last year and parted ways with the franchise after being replaced by Rishabh Pant as captain. Iyer had led Delhi Capitals to their maiden IPL final in the 2020 season and has already proven his leadership qualities in the league.

While the two new teams - Lucknow Super Giants and the Ahmedabad IPL franchise have already roped in KL Rahul and Hardik Pandya as their captains respectively, there are a number of teams who will be on the lookout for potential captaincy candidates.

Iyer is reportedly on RCB's radar for the captaincy role after Kohli's decision to quit. However, former India opener Aakash Chopra believes RCB should not keep the Indian star batter as their number one option. While sharing his views on the RCB captaincy debate, Chopra suggested the franchise can rope in West Indies all-rounder Jason Holder as the captain of the team.

Chopra also suggested the idea of Glenn Maxwell, who has been retained by the franchise, as a potential captaincy candidate for IPL 2022. While Maxwell is already part of the RCB squad, Holder played for Sunrisers Hyderabad last year and will be entering the IPL mega auction this time around.

"Shreyas Iyer is an option. Bangalore can think about him but personally, he is not my No. 1 pick for Bangalore because the ground is not like that. He is a top-order batter and it will not work out if you send him below No. 4. You might not have a place till No. 4 as you have Kohli and Maxwell, and you are trying to bat Maxwell up the order," Chopra said in a video on his YouTube channel.

"They can either think about Maxwell or let me just throw a name here - Jason Holder. He is an unassuming character, does not impose himself, he is absolutely perfect for a franchise like RCB. He will play all the matches, he knows how to run a team and he will never take the center stage," Chopra added.

Also Read: Iyer to Warner: Full list of players with highest base price of Rs 2cr ahead of IPL mega auction

RCB have managed to qualify for the playoffs in the last two seasons but are yet to win their maiden IPL trophy. Kohli was leading the side from 2013 but failed to inspire them to glory even once in the league. RCB will be hoping to spark a turnaround and build a strong team to win the tournament this year.

Holder has never led a team in the Indian Premier League but has been great as captainc with the West Indies national team. The all-rounder has played 26 IPL matches so far, amassing 189 runs and picking up 35 wickets.