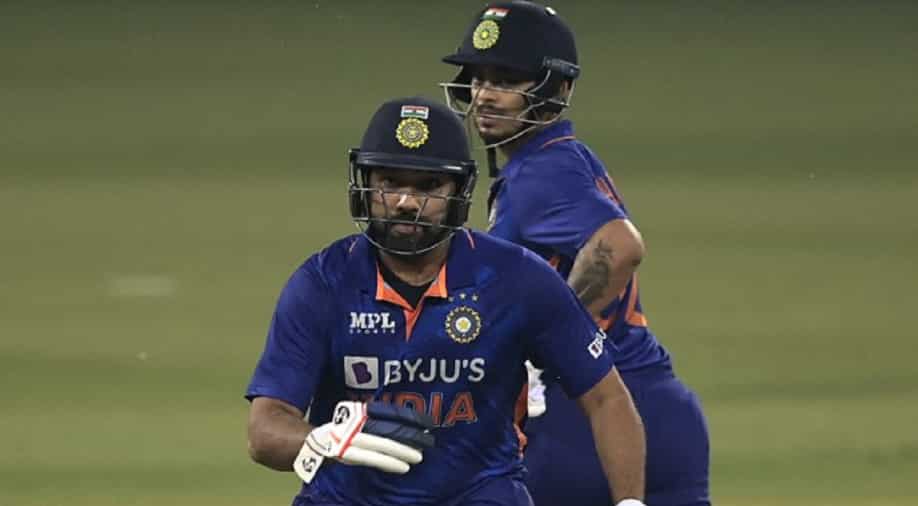 Who should open for India in T20I series against England. Photograph:( AFP )

Former India batter Wasim Jaffer has come up with an interesting suggestion ahead of Team India's upcoming T20I series against England.

Rishabh Pant endured a difficult patch in the T20I series against South Africa at home where he also led the Indian team in the absence of Rohit Sharma and KL Rahul. However, the wicket-keeper batter was quick to bounce back and was among the runs in the recently-concluded Edgbaston Test against England where he notched up a stunning century in India's first innings and followed it up with a fifty in the second.

While he has been dominating in Test cricket over the last few years, Pant, who made his T20I debut for India back in 2017, is yet to establish his credentials for the Men in Blue in the shortest format. Known for his aggressive brand of cricket and swashbuckling style, Pant is arguable one of the best hitters around. However, he has failed to do justice to his talent in T20Is for India.

Former India cricketer Wasim Jaffer believes Pant should be promoted to the top of the order to unlock his potential in T20Is for India. India currently have a number of contenders for the opening slot in T20Is with captain Rohit Sharma and KL Rahul as first-choice pairing and the likes of Ishan Kishan and Ruturaj Gaikwad also in the fray.

However, despite the intense competition for the opening slots in the Indian team, Jaffer has suggested the team management can use Pant as an opener in the upcoming T20I series against England. Jaffer believes Pant can be a game-changer for India at the top of the order.

"Indian think tank should think about opening with Rishabh Pant in T20Is. I think that's the spot where he can blossom," Jaffer said in a tweet.

Indian think tank should think about opening with Rishabh Pant in T20Is. I think that's the spot where he can blossom. #ENGvIND

After losing the one-off Test against England on Tuesday, India will now lock horns with the hosts in a three-match T20I series starting from Thursday (July 07). Pant, who has so far amassed 741 runs in 48 T20Is for India at a strike rate of 123.91 and an average of just over 23. He has been utilised majorly in the middle-order and it remains to be seen if the Indian team management will take a punt on Pant to get the best out of him.