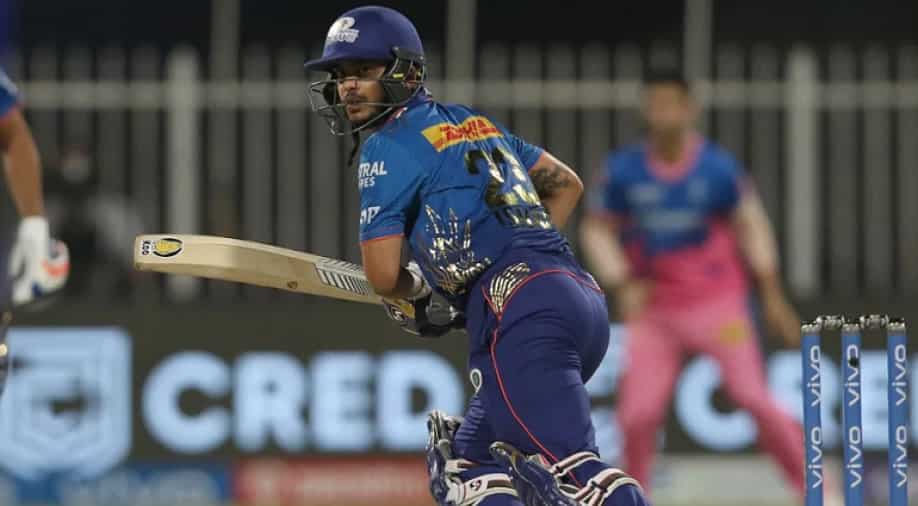 Ishan Kishan was the costliest pick at the IPL 2022 mega auction. | Photo - IPL | Photograph:( Others )

Mumbai Indians spent a whopping Rs 15.25 crore (INR 152.5 million) to rope in Indian wicket-keeper batter Ishan Kishan, making him the costliest pick at the IPL 2022 mega auction. However, he wasn't the player who drew the most bids at the auction.

The Indian Premier League (IPL) 2022 mega auction saw all ten teams engage in an intense battle against each other to rope in some of the top players from around the globe. There were a number of Indian and overseas stars who triggered massive bidding wars at the auction with Indian wicket-keeper batter Ishan Kishan emerging as the costliest pick.

Ishan was bought back by Mumbai Indians for a whopping Rs 15.25 crore (INR 152.5 million) making him the most expensive player of the IPL 2022 auction. A number of other players managed to reach the Rs 10 crore (INR 100 million) mark and drew big fat pay cheques at the auction.

While many would have thought Kishan being the most expensive pick at the auction, would have drawn the most amount of bids from all teams. However, that is not the case as the Indian wicket-keeper batter had the second most bids for any player at the auction.

As per ESPN Cricinfo, it was uncapped Indian pacer Avesh Khan who drew the most bids from all teams at the IPL 2022 auction. As many as five teams were involved in the race to sign Avesh and the fast bowler managed to draw a total of 62 bids before being sold to Lucknow Super Giants for a whopping Rs 10 crore (INR 100 million).

Ishan finished second in the list of players who received the most bids at the auction as he drew a total of 55 bids. Shahrukh Khan, Rahul Tewatia and Liam Livingstone are at the third spot having drawn 54 bids each at the IPL 2022 mega auction.

Avesh had a superb season for his former team Delhi Capitals in IPL 2022 last year where he picked up 24 wickets in 16 matches to finish as the second-highest wicket-taker of the season. Delhi Capitals joined the race to get him back but pulled out after the bidding reached the Rs 9 crore (90 million) mark.