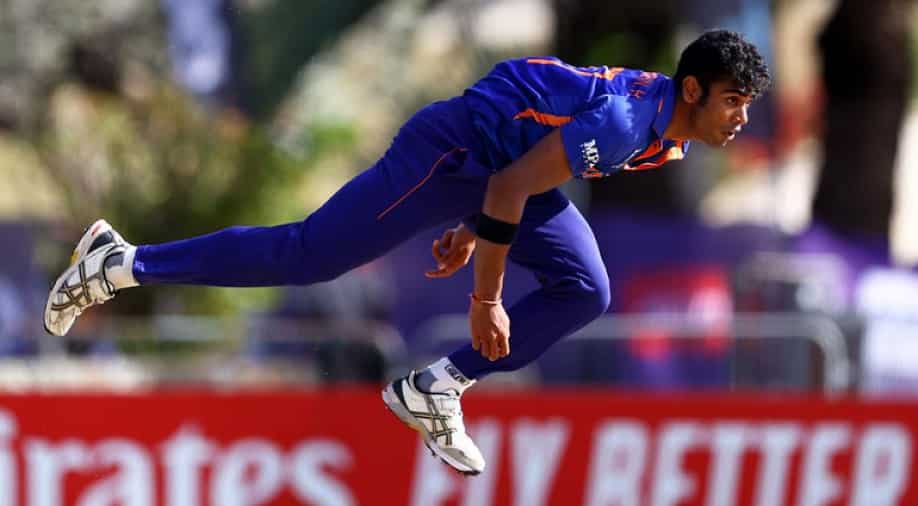 The Board of Control for Cricket in India (BCCI) is unlikely to take any action against Chennai Super Kings all-rounder Rajvardhan Hangargekar, who has been accused of age fudging.

The Board of Control for Cricket in India (BCCI) is unlikely to take any action against India U-19 World Cup-winning all-rounder Rajvardhan Hangargekar despite allegations of age-fudging levelled against him. Hangargekar was part of the Yash Dhull-led India U1-9 side which defeated England to win the ICC U-19 World Cup 2022 trophy earlier this year.

Om Prakash Bakoria, the Commissioner of Sports and Youth Services of Maharashtra, had accused Hangargekar of age fraud in a letter written to the BCCI. Bakoria alleged that Hangargekar's actual age is 21 and that his birth date was changed from January 10, 2001, to November 10 2002 during his readmission in grade 8th. Bakoria also reportedly attached proof of the age fudging by Hangargekar along with his letter to BCCI.

However, the Indian cricket board is unlikely to take any action against the young all-rounder, as per a report in Sportstar. As per the report, BCCI will not take action against the player as he had passed the age-verification protocol which is based on a bone test. The bone test was conducted on Hangargekar at the time of his inclusion in the age-group inter-state system.

A BCCI insider confirmed to Sportstar that Hangargekar's age was found to be par with his documents as per the TW3 bone test, which uses X-Rays of the left hand and wrist to examine the skeletal maturity of a person to determine their bone age. The test is used by the BCCI for initiating cricketers into age-group competitions.

In his letter, Bakoria alleged that the conduct of Hangargekar is against sports integrity and ethics. He claimed that the all-rounder's birth date was changed by the headmaster of his school at the time of his admission in grade 8th. Hangargekar was a student of the Terna Public School.

“The conduct of the Mr Rajvardhan Hangargekar is against the sports integrity and ethics. It deprives fair play and results into damages to the reputation of the nation. Therefore, you are requested to take strict action in accordance with the law,” Bakoria wrote in his letter to BCCI.

“If the Head Master requires any corrections in birth date, it is necessary to take prior permission of Education officer of concerned district. However, no such permission has been taken for making changes in the birth date of Mr Rajvardhan Hangargekar," Bakoria further alleged.

After a fruitful campaign with the Indian team at the U-19 World Cup 2022, Hangargekar was picked up by Chennai Super Kings (CSK) at the recently-concluded IPL 2022 mega auction. CSK beat Mumbai Indians to signs the youngster for a sum of Rs 1.50 crore (INR 15 million).

There were dark clouds hovering over Hangargekar's future in the IPL amid allegations of age fraud. However, the CSK youngster is likely to make his debut in the upcoming season if BCCI decided to not take any action against him.