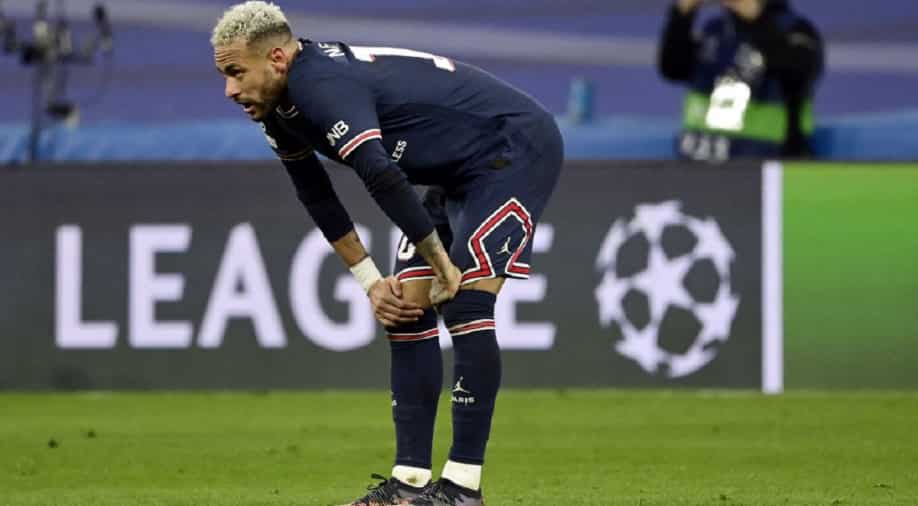 Neymar is reportedly seriously considering leaving Paris Saint Germain (PSG) this summer after being left feeling targeted by club president Nasser Al Khelaifi, who recently made comments criticising the Brazilian star. Neymar had joined PSG back in 2017 after the Ligue 1 giants paid a whopping 222 million euros to FC Barcelona to secure the services of the versatile forward. However, his time at PSG seems to be nearing its end.

Neymar's transfer to PSG from Barcelona back in 2017 had taken the world by a storm as he became the most expensive transfer in football history. Neymar is also one of the highest-paid footballers in the world at present but has failed to live up to the expectations at the club.

Neymar was expected to be the main catalyst for PSG in helping them win their maiden Champions League title when he arrived from Barcelona. However, he has failed to inspire the club to Champions League success in his five-year stint so far. The Brazilian star has scored 100 goals in 144 appearances for the club but has still not managed to win over the PSG fans and board, who expect more out of him.

As per French outlet RMC Sport, Neymar is seriously considering leaving PSG this summer as he doesn't feel loved at the club at present. Recently, PSG president Nasser Al Khelaifi criticised Neymar's performances last season and refused to provide clarity on his future at the club.

“A possible departure of Neymar this summer? What I can tell you is that we expect all players to do a lot more than last season. A lot more," Khelaifi had told Le Parisien.

“They all have to to be 100%. Obviously, we weren't good enough to go far. For next season, the objective is clear: to work every day at 200%. To give everything we have for this jersey, give the maximum and we will see the result. You have to become humble again. You have to change to avoid injuries, suspensions and fouls that change a game," he added.

The PSG president's comments have reportedly not gone down well with Neymar, who remains one of the best forwards in the world at present. If he plans to leave PSG this summer and stick to his current astronomical wages, not many top clubs in the world would be able to afford the Brazilian. However, PSG reportedly won't demand a high fee and can let him go for around 50 million euros if a club expresses interest in signing him.