Never spoke to MS Dhoni about retention, always knew CSK would get me back: Deepak Chahar 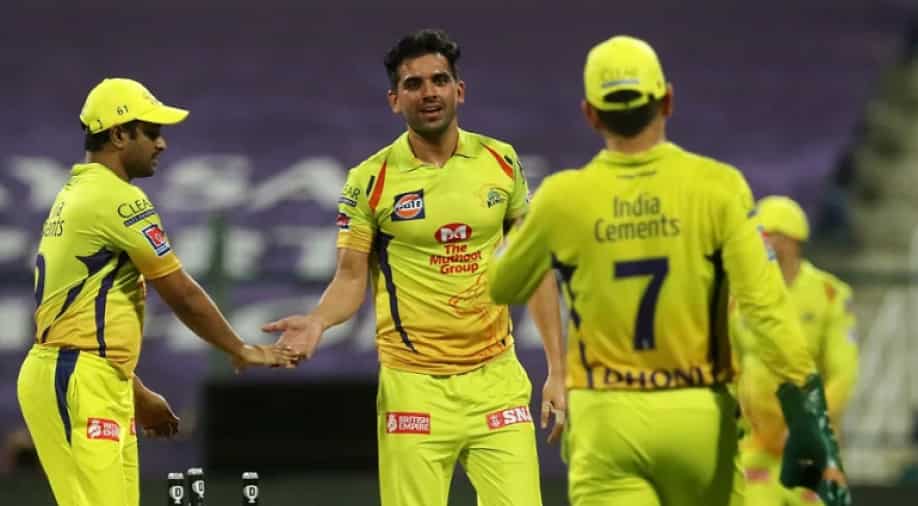 Deepak Chahar was bought back by CSK for a whopping Rs 14 crore. | Photo - IPL | Photograph:( Others )

Chennai Super Kings (CSK) pacer Deepak Chahar revealed he never spoke to the CSK team management or skipper MS Dhoni about being retained but knew he would be bought back by the franchise.

Chennai Super Kings (CSK) broke the bank as they went all out to get back Indian pacer Deepak Chahar at the Indian Premier League (IPL) 2022 mega auction on Saturday (February 12). CSK spent a record-breaking amount of Rs 14 crore (INR 140 million) to make Chahar their most expensive pick in the history of IPL auction.

Chahar, who has been an integral member of the CSK squad since joining the four-time champions in 2018, said he was always confident of getting picked by the Men in Yellow. Chahar, however, insisted he never spoke with the team management or CSK skipper MS Dhoni about being retained by the franchise ahead of the ongoing IPL 2022 mega auction.

Chahar was released by CSK ahead of the mega auction as the franchise decided to retain Dhoni, Ravindra Jadeja, Moeen Ali and Ruturaj Gaikwad. However, he was bought back by the Dhoni-led side, who went all out to ensure no other team could match their bid for the Indian pacer.

"I am really happy to be back in Chennai Super Kings. I don't think there will be any difference. When I go back, I will be seeing the same faces over the last 4 years, maybe over the last 6 years because I was with the Pune side and half the players were there. I could not have asked for a better auction than this," Chahar told Star Sports on Sunday.

Chahar has been one of the reliable bowlers for Dhoni at CSK and has been used as a major weapon in the powerplay by the CSK skipper. Chahar has been brilliant with the new ball and has more often than not provided CSK with important breakthroughs up top. He has so far played 63 IPL matches and has 59 wickets to his name.

While Chahar revealed he never had any discussion with Dhoni or the CSK management about being retained, he recalled an incident from 2018 when CSK owner N Srinivasan had assured him that he will always play for CSK.

"I took his word that day and after that, I have never spoken about retention or anything. Before the auction also, I didn't speak anything. I knew that CSK would pick me," Chahar said.

Apart from bringing Chahar back in the side, CSK also managed to rope in a number of former players like Dwayne Bravo, Ambati Rayudu, Robin Uthappa and Mitchell Santner at the IPL mega auction.