'My Time Has Come': The Undertaker gets perfect Final Farewell at Survivor Series - Watch 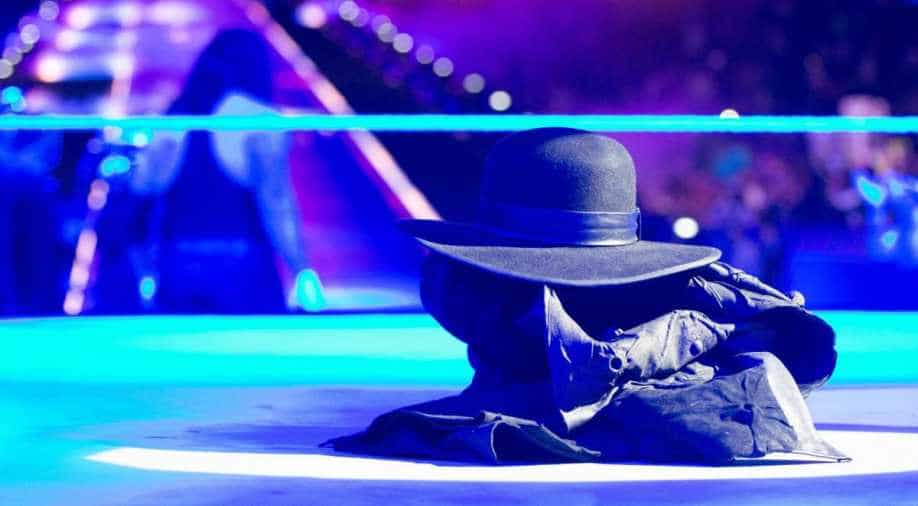 The Undertaker got a fitting farewell in the Survivor Series as he brought the curtains down on a massively decorated 30-year career. The Undertaker, who also made his debut at Survivor Series in the year 1990, walked out to the ring, in his gracious yet spine-shivering slow walk for the “Final Farewell”.

Many of his contemporaries, colleagues came out to pay a fitting tribute to the legendary character.

The Undertaker, whose booming voice gave nightmares to his opponents over the years, became a bit emotional as he gave his Final Farwell speech in the ring. He announced that his time has come to let The Undertaker rest in peace.

I’m not crying, you’re crying 😭... thanks for 30 years of memories Undertaker #FarewellTaker pic.twitter.com/mkaFA5pweU

The Undertaker or Mark Callaway had announced his retirement in June with his ‘Boneyard Match’ against AJ Styles at Wrestlemania 36. He announced that he doesn’t want to participate in another match.

At Survivor Series, an elite list of WWE legends came out to the ring to pay tribute and celebrate The Undertaker’s career.

Shane McMahon, The Big Show, JBL, Jeff Hardy, Mick Foley, The Godfather, The Godwins, Savio Vega, Rikishi, Kevin Nash, Booker T, Shawn Michaels, Ric Flair, Triple H, and masked Kane all came out to the ring and paid rich tributes before a video clip of The Undertaker was played on the big screen.

TRENDING | The Undertaker retires: A look back at the evolution of 'Deadman'

WWE Chairman Vince McMahon, who has been an extremely close associate of The Undertaker, also paid an emotional tribute before bringing him out in the ring.

The Undertaker gave a small speech before tipping his hat and struck his signature pose. A hologram of Paul Bearer made the entire Final Farwell just perfect.