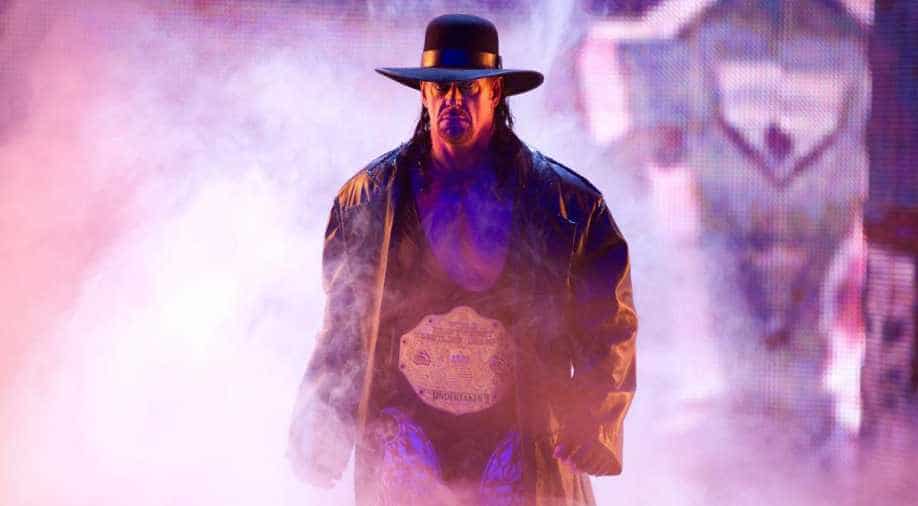 The Undertaker - A legendary career (Photo: WWE) Photograph:( Others )

As The Undertaker retired,  he returned to the same PPV, where he began his journey nearly three decades ago. - The Survivor Series.

It's going to be the end of era as The Undertaker bids farewell to WWE arena. After entertaining for 30 years, Undertaker aka Mark Callaway is bidding adieu to what could be termed as his home. And he returned to the same PPV, where he began his journey nearly three decades ago. - The Survivor Series.

Owing to the pandemic, Taker's farewell might be missed by millions of fans who would have wished to watch him live. But the wrestler got a fitting farewell nevertheless.

The WWE, over the weekend, managed to leave a lot of his fans in tears as they posted a heartwarming video tribute to the legend. Wrestlers like Stone Cold Steve Austin, John Cena and Batista paying tribute to The Phenom.

Also see: The Undertaker retires: A look back at the evolution of 'Deadman'

"My time has come to let The @undertaker rest ... in ... peace." #SurvivorSeries #FarewellTaker #Undertaker30 pic.twitter.com/Mg9xr8GB94

It was though Vine McMahon's tribute that left everyone with a lump in their throat. He introduced the legend one last time-whose grand entry every time left everyone in awe, "For 30 long years, I’ve made that slow walk to this ring and have laid people to rest time and time again. And now my time has come. My time has come to let The Undertaker rest in peace," Callaway said.