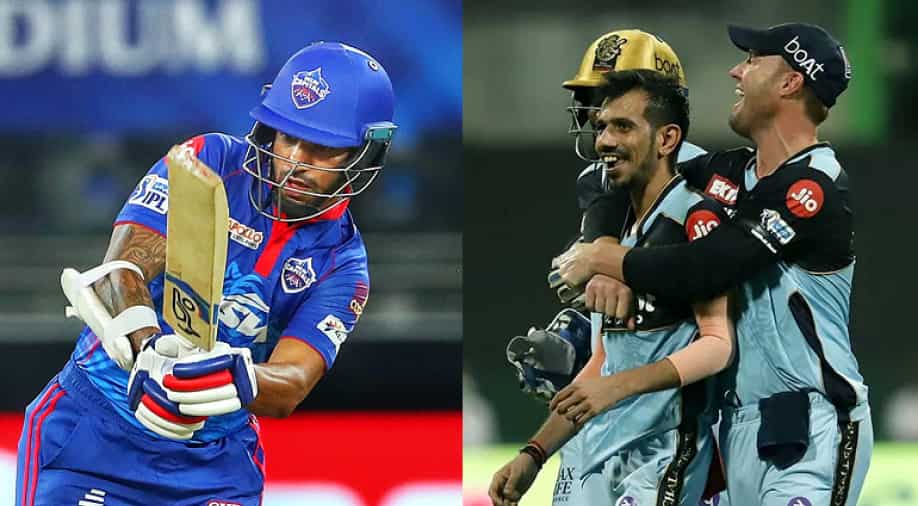 Delhi Capitals (DC) co-owner Parth Jindal has once again targeted the Indian selectors over some major snubs in the country's squad for the upcoming T20 World Cup 2021. Jindal took to Twitter to raise questions over the 18-man T20 World Cup squad selected by the Chetan Sharma-led selection panel.

BCCI had announced the T20 World Cup squad earlier this month with a number of big names failing to make the cut. The likes of Shikhar Dhawan and Yuzvendra Chahal among others failed to make the cut, raising several eyebrows. Dhawan has been in stellar touch in the ongoing IPL 2021 and is currently the second-highest run-getter so far this season with 430 runs in ten matches.

Chahal, on the other hand, has returned to form after struggling in the first leg of the tournament in India earlier this year. The leg spinner picked up a three-wicket haul as Royal Challengers Bangalore decimated Mumbai Indians on Sunday. Chahal has nine wickets in 10 matches so far.

The selectors also kept former DC captain and star batsman Shreyas Iyer out of the main squad and included him in the reserves for the T20 World Cup. Iyer has looked in great touch since his return from injury in IPL 2021 this year. Expressing his disappointment over the major snubs, DC co-owner Jindal questioned the selectors through a couple of tweets on Monday.

“The selectors must be wondering why they made some of the decisions they did – our T20 World Cup squad doesn’t have some of our best batsman – any guesses who? @DelhiCapitals @BCCI," he wrote in a tweet. 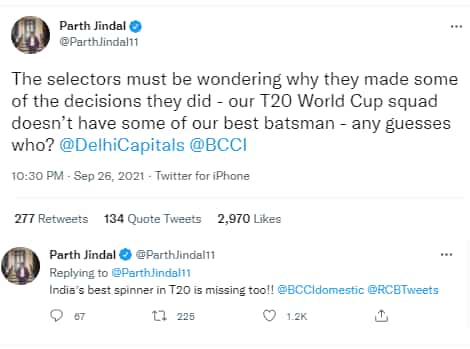 India will open their T20 World Cup campaign against arch-rivals Pakistan on October 24. The Men in Blue have been placed in Group 2 alongside Afghanistan, New Zealand and Pakistan. India will start as one of the favourites for the title at the showpiece event in UAE.