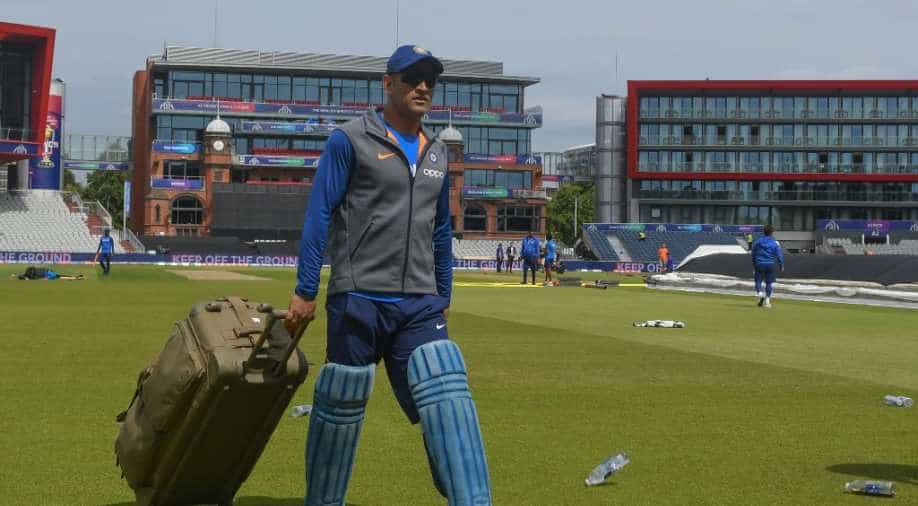 #HappyBirthdayDhoni touched 2.1 million tweets in a span of 24 hours. The potential reach stands at a staggering 8.8 billion with around 5 million engagements. On his 39th birthday, Dhoni’s official Twitter handle @MSDhoni was mentioned for around 1.6 million times and it is again a testament to how much fans love Dhoni.

There was a time Mahendra Singh Dhoni used to be active on social media platforms. Fans have witnessed his witty side on micro-blogging platform Twitter and some of the tweets on Ravindra Jadeja or Chris Gayle are a testament to that. However, in the last few years, Dhoni has simply walked away from social media. Even though his official accounts still get unprecedented traffic and mentions, Dhoni doesn’t tweet or post about anything, no matter what the situation is. And that is absolutely fine. He broke the records on the field and continues to do so off-the-field.

Thala...what a man, what a journey! The Mahi Way brought to you with an exclusive song 'Mahi Ve' in Hindi and Thamizh! #HappyBirthdayDhoni #WhistlePodu @msdhoni 🦁💛 pic.twitter.com/ps1TpL6QZQ

Dhoni was never a media-savvy guy, his relationship with media has mostly been through press conferences or rare interviews in past, and he is someone who doesn’t bother to garner attention through media. His appearances on social media platforms are little glimpses through Instagram live sessions of his wife Sakshi Dhoni or when Chennai Super Kings post something about him. But that is it for Dhoni and his presence on social media.

You are My God MS DHONI#HappyBirthdayDhoni | @msdhoni

Highest Number of Authors Participated in the Cricketer's Brithday Tag

When India crashed out of the ICC World Cup 2019 after the heartbreaking defeat to New Zealand, rumours of his retirement started to follow. And in a blink of an eye, hashtags like #MSDhoniRetires and #DontRetireDhoni were an instant trend.

Whenever Dhoni’s immense fanbase miss the former Indian captain, #MissYouDhoni, #MissYouMSD are seen on the trending section of Twitter.

#HappyBirthdayDhoni touched 2.1 million tweets in a span of 24 hours. The potential reach stands at a staggering 8.8 billion with around 5 million engagements. On his 39th birthday, Dhoni’s official Twitter handle @MSDhoni was mentioned for around 1.6 million times and it is again a testament to how much fans love Dhoni.

Join us in wishing @msdhoni a very #HappyBirthday 🎂🥳#HeroISL pic.twitter.com/2ROJybYpEh

Playing blockbuster knocks, finishing matches off in style, leading India to all ICC trophies, captaining CSK to three IPL trophies and much more. It is yet to be seen whether Dhoni will return to Indian colours or not but one thing for sure, his fandom and aura are just getting started. Imagine what will happen, if he simply tweets again! Again, happy 39th birthday MS Dhoni.