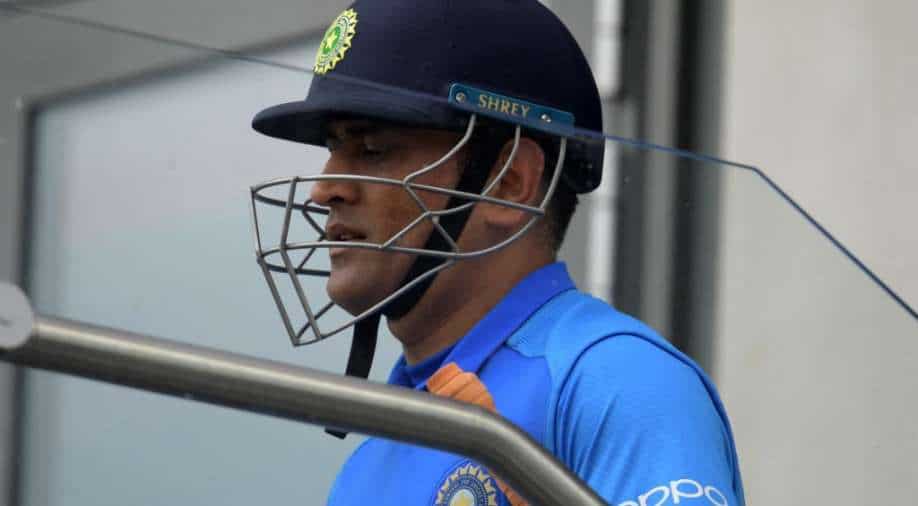 Mahendra Singh Dhoni was all set to play in the T20 World Cup for India in the year 2020 had the marquee event not been postponed due to COVID-19 pandemic, former Team India selector Sarandeep Singh has said.

Mahendra Singh Dhoni was all set to play in the T20 World Cup for India in the year 2020 had the marquee event not been postponed due to COVID-19 pandemic, former Team India selector Sarandeep Singh has said. With cricket, like other sports, coming to a screeching halt due to the pandemic, all the series and major events were either cancelled or postponed. Dhoni went on to announce his international retirement on August 15, 2020.

Dhoni last played for India in the semi-final of the ICC World Cup 2019 versus New Zealand and then opted for a sabbatical from the game. Sarandeep has now said that Dhoni was one of the fittest players in the Indian dressing room while revealing the former India skipper was in contention to play the T20 World Cup which could have been his last major tournament for India.

“Definitely, he would have played (had COVID-19 not interrupted). We were also thinking that he should have definitely played the World T20. He was fit. There was no reason for him to not play. We always see the fitness of the players first to see how long they can play. And Mahi was the fittest. He never took a break from practice. Even in optional practice, Mahi was there. And you see it never happened that he missed a game because of injury. That’s why he got so much respect from everyone,” Sarandeep, former India selector, told Sportskeeda.

The former India selector went on to add that all the members of the selection committee thought that Dhoni deserved to play the T20 World Cup for what he has achieved for the Men in Blue.

“We always felt that a player who played so much for India and won so many trophies – there’s not a single trophy he hasn’t won – deserved that chance. It was my personal opinion and opinion of everyone in the selection committee that MS Dhoni should have played the World T20,” said Sarandeep.

Dhoni continues to be a part of the Indian Premier League for Chennai Super Kings and will be seen in the 14 edition of the cash-rich tournament.