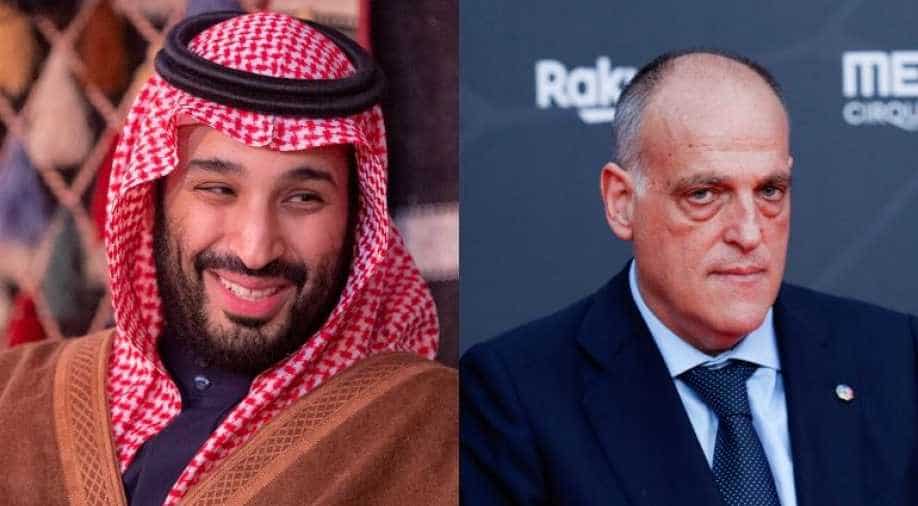 Saudi Arabia, under Mohammad Bin Salman, has been trying to revamp its image in front of the world which received a setback after Khashoggi's murder.

La Liga boss Javier Tebas is known for being ruthless in spreading the La Liga fever across the globe to earn revenue.

Also read-  Barcelona sack manager Valverde, Setien to step in for the role

Chief Executive, Javier Tebas, previously was in talks with China and the United States earlier for holding league games outside Spain.

But Javier Tebas is not willing to let La Liga teams play in Saudi Arabia.

Ex-Barcelona manager Ernesto Valverde had said upon arriving in Riyadh for the Spanish Supercup semifinals: “The bottom line is football has become a business and as a business, it looks for income,”. But for Tebas, "Money is not the only thing that matters,".

Saudi Arabia, under Mohammad Bin Salman, has been trying to revamp its image in front of the world which received a setback after Khashoggi's murder.

Javier Tebas does not want any Spanish League's teams to play in Saudi Arabia since he thinks it is an attempt to burnish their reputation amid widespread accusation of humans rights violations. Saudi Arabia officials are suspected to have a hand in Jammal Khashoggi's murder. “We should not forget what happened,” Tebas said about the incident.

“The Saudi Arabian government has a policy whereby they improve the image of the government through sport, whitewashing their image, and we all have a responsibility there,” Tebas told reporters last week in London. Tebas unveiled a new British television channel that will focus on La Liga, which is the league overseas venture.

Spanish Federations defended their decision to hold the Spanish Super Cup earlier this month by saying that it was a "social tool" for change.