Barcelona sack manager Valverde, Setien to step in for the role 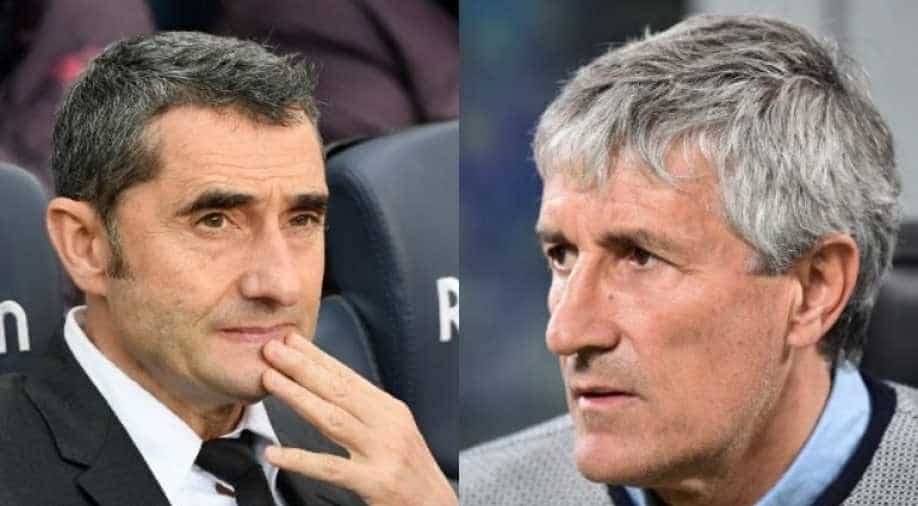 Barcelona have not managed to win the Champions League for four years. The last time they won was against Juventus 3-1 in the year 2015.

Ernesto Valverde has been sacked by FC Barcelona after underperforming in the matches recently. Quique Setien fills in the position for the table-toppers.

Also read: Xavi says would be 'dream' to coach Barca as pressure mounts on Valverde

This decision came in after Barcelona crashed out of Spanish Super Cup after a disappointing match against Atletico Madrid. Despite being on the top of the La Liga table, and being safely through to the Champions League Round of 16, where are set to face Napoli. Barca have not yet managed to secure a win in 2020.

Agreement between FC Barcelona and Ernesto Valverde to end his contract as manager of the first team. Thank you for everything, Ernesto. Best of luck in the future. pic.twitter.com/zrIgB1sW2e

Speculations of Valverde being sacked were making rounds for quite a long time. Barcelona played a 2-2 draw against LaLiga's bottom club Espanyol which helped their arch-rivals Real Madrid close in to topple the table toppers.

At the moment Barcelona and Real Madrid are the top 2 on the points table. They share the same points (40 points), but the Catalans (Barcelona) are ahead because of the goal difference.

Barcelona have not managed to win the Champions League for four years. The last time they won was against Juventus 3-1 in the year 2015.

In 2017 Valverde did pull of a double when Barcelona won the league (La Liga) and the Spanish Super Cup.

Former Real Betis boss Setien, is a well-known fan of the Johan Cruyff-inspired Barcá brand of football. On Tuesday, Bartomeu and Abidal are to call a press conference to unveil Setien as the new Barcelona head coach.

Quique Setién will be the new manager of FC Barcelona. Welcome!

FC Barcelona legend, Xavi Hernandez was rumoured to be the official successor, in-fact Barcelona were in talks with him for the role. But the Spaniard declined the offer.

He expressed his desire to coach his former team but has decided to put the plans on hold for at least a season.

The 61-year-old is set to face his first challenge as Barcelona will be playing against Granada on January 20.