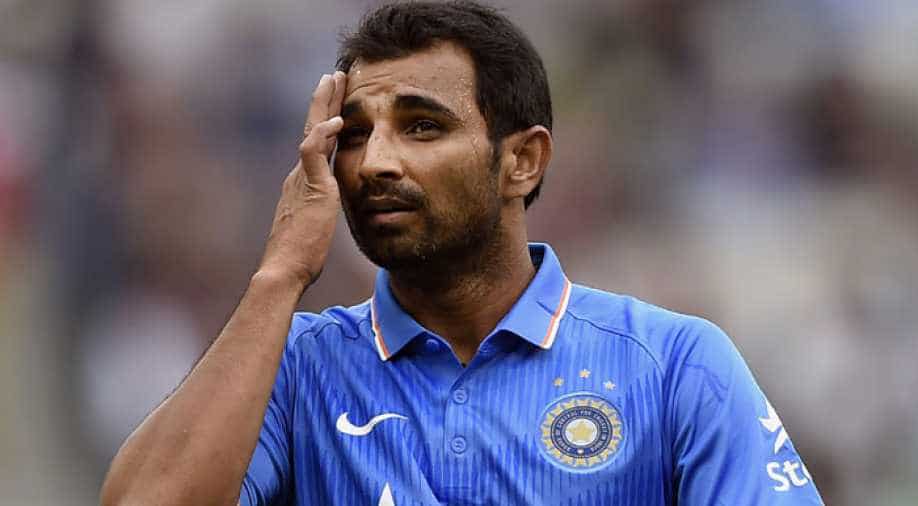 Since the beginning, BCCI has maintained their stance that they are only concerned about match-fixing allegations and not his private matters. Photograph:( Zee News Network )

Hours after Supreme Court-appointed Committee of Administration (CoA) cleared Mohammed Shami name and gave him a clean chit in the match-fixing allegations, reports emerged that the pacer confessed to having an extra-marital affair, media reports said.

It is also believed that Shami's confessions of being involved in extra-marital affairs played an important role in him getting back the BCCI annual contract.

Since the outbreak of the Hasin Jahan’s allegations against her cricketer husband, BCCI has maintained their stance that they are only concerned about match-fixing allegations and not his private matters.

As per media reports,  it is learnt that Shami apparently admitted of his philandering ways during the interrogation before Neeraj Kumar, who headed BCCI ACU investigation of the Indian pacer.

The 27-year-old cricketer admitted in front of the investigators that he did have physical relations with the Pakistani woman Alishba and went to Dubai after South Africa tour to spend some time with her.

It is reported that Shami lied about the alleged financial transaction, allegedly done by London-based businessman Mohammed bhai via Alishba in Dubai.

Shami reportedly did those transactions in order to spend time with the woman friends in Dubai, during Indian cricket team's return from South Africa. ACU checked all his bank accounts details and found no suspicious entry, reports added.

It was also found out that Shami was only cooking up stories of 'financial gains' from a businessman to somehow go and spend time with his female friends outside his marriage.

After BCCI absolved him of all the charges in the corruption case, Shami told media persons that he was hurt but relieved as he could never cheat on his country.

"I was under tremendous pressure but now I feel relieved after BCCI cleared me of wrong-doing. I was hurt that my loyalty and commitment towards my nation was questioned. But I had full faith in BCCI's investigation process. I am looking forward towards getting back on the field," Shami told media persons on Thursday.

One of India's craftiest fast bowlers of recent times, Shami said that the past two weeks were extremely tough for him and that he had to go through a lot in the past 10-15 days.