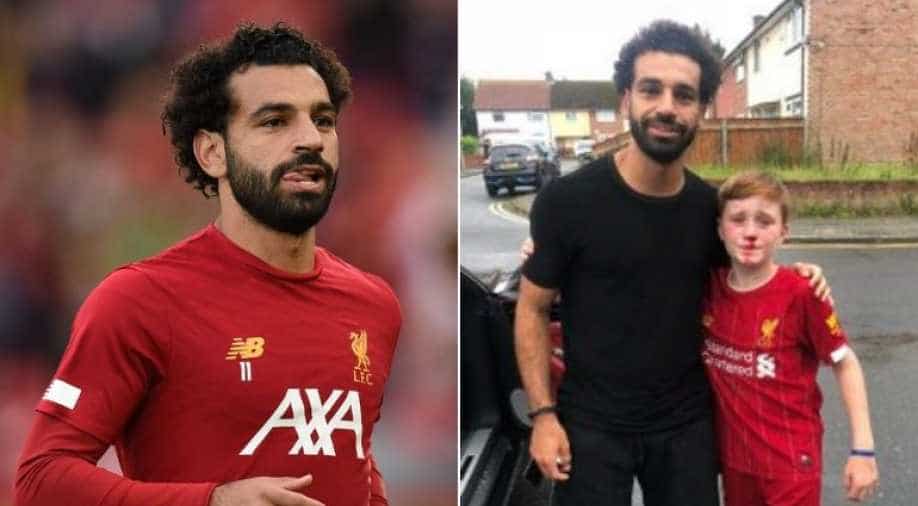 Louis Fowler, an 11-year-old Liverpool fan broke his nose in an attempt to meet star footballer Mohamed Salah while chasing the striker's car.

However, the Egyptian King cheered up the young fan later when stepped out of the car, met him and also checked on him.

Media reported that while running beside Salah's car, Louis crashed into the lampost and fell to the ground with blood coming out of his nose.

When Salah noticed it, he circled round to check on him and posed for pictures to cheer up the young boy.

"@MoSalah thank you for coming back to check on my boys after Louis KO’d himself trying to get a wave! He loves you so much and the pain went away instantly when you came to give them a hug. A nose reset worth well worth it he said. You are a top man and a true gent," tweeted Fowler's stepfather Joe Cooper.

The Egyptian King poses with a fan who got injured chasing Salah's car. ❤️👏#humble #passion pic.twitter.com/ivUsJ5WZ3i

Liverpool fan Louis Fowler ran into a lamp post as he tried to keep up with Mo Salah's car.

Salah spotted that he was hurt, so turned his car around and drove back to check if he was okay and took photos with him. Class👏 pic.twitter.com/SHo73lI2Lg